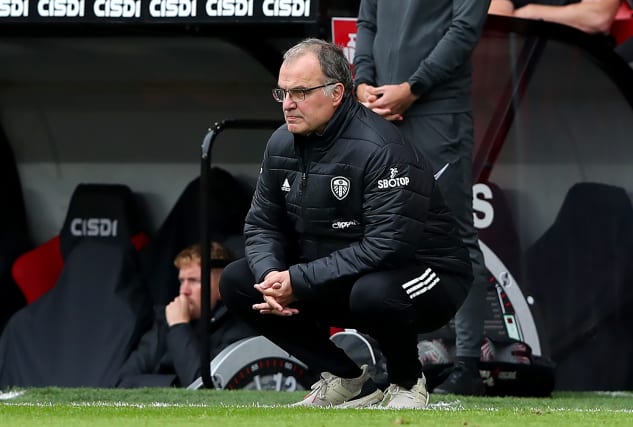 Marcelo Bielsa has declared himself “totally satisfied” with Leeds’ business during the summer transfer window.

Leeds have made four major new signings – Rodrigo, Robin Koch, Diego Llorente and Raphinha – and Bielsa confirmed there will be no further arrivals before Friday’s domestic transfer deadline.

Loan spells for Helda Costa and Illan Meslier were also turned into permanent deals and five more players were added to the Under-23s squad, taking Leeds’ total spending to around £100million since they won promotion.

“I’m totally satisfied,” Bielsa said. “I’m very grateful for the work that (director of football) Victor Orta has done and also the group that helps him.

“I also value the contribution of the club, the president has been able to incorporate the players that we needed.”

Barry Douglas and Robbie Gotts have headed out on respective loans to Blackburn and Lincoln until the end of the season, while Bielsa said he had been impressed by the quality of his new arrivals.

“This will be measured throughout the whole year, how much we have improved,” he said.

“Up until now Koch has been a continued presence in our team. Rodrigo is slowly increasing the minutes he contributes. Llorente and Raphinha have yet to play.

“In a league as long and demanding as the Premier League everyone will get the chance to show their qualities and contribute. This is also for the young players who arrived in the academy.”

Leeds’ £20m bid for Bayern Munich midfielder Michael Cuisance collapsed at the 11th hour due to a reported failed medical, but Bielsa insists he has all his bases covered.

“The defensive midfield position – (Kalvin) Phillips, Pascal (Struijk) and Koch can play there and eventually Diego Llorente as well.

“And the box-to-box midfield position, we have (Mateusz) Klich, (Stuart) Dallas, (Jamie) Shackleton and (Ezgjan) Alioski can play there. These are the options I see.”

Latest recruit Raphinha, a £17m deadline-day signing from Rennes, could make his debut at Elland Road against Wolves on Monday.

“It’s difficult to say three days from the game because many things can happen, but if it was today he would be in the group,” Bielsa added.

“His adaptation has been very quick, instant. For this, I thank Victor Orta for a player who can adapt very easily to our style of play.”

Leeds skipper Liam Cooper is doubtful and fellow centre-half Llorente is definitely out after both players sustained groin injuries while on duty for Scotland and Spain.

Adam Forshaw (hip) remains a long-term absentee, but otherwise Bielsa has a fully-fit squad, with Hernandez (groin) hoping to return to contention after being sidelined since the opening-day defeat at Liverpool.