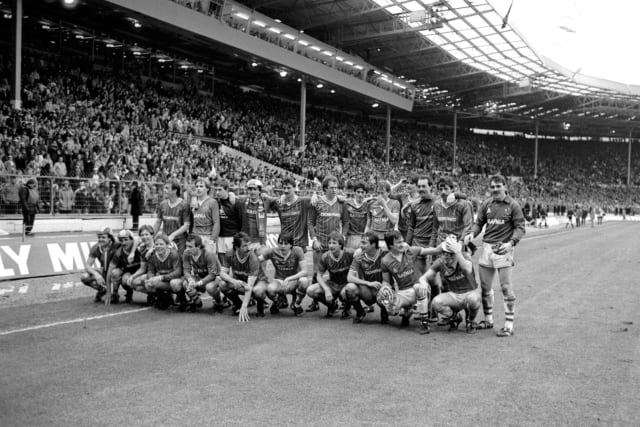 Everton head into a Merseyside derby top of the league for the first time since September 1989 and former striker Graeme Sharp is hopeful a return to their 1980s heyday is just around the corner.

The Toffees won two league titles and the FA Cup during that decade but have not lifted a trophy since 1995.

The arrival of Carlo Ancelotti has raised hopes and expectations and the club’s best start to a season since 1894-95 has put them top of the Premier League table.

They head into Saturday’s home Merseyside derby looking down on defending champions Liverpool, who are three points behind in fifth after their 7-2 defeat at Aston Villa.

And with the fixture coming 10 years to the day since the blue half of the city’s last win in this fixture, optimism is high at Goodison Park.

Sharp hopes it signals a return to when derbies between the two were more competitive.

“You’d like to think so. It’s been hard being an Evertonian for all those years,” he told the PA news agency.

“If you try to tell supporters this it may be different but you always want two successful sides in your city.

“The time we had in the mid-80s was fantastic with trips to Wembley and we’d love to get back to those days again.

“Liverpool are there at the moment and are the team to beat and with that comes more pressure but we have to look at ourselves and what we are doing.

“There is far more of a structure at the club, the play on the field has improved immeasurably since the beginning of the season and at least we are now looking like a team that is going somewhere.

“We go into it more confident but I don’t think you can ever predict a Merseyside derby – yes our record has been awful but this is not one I get carried away with and say we are automatically favourites.

“I’ve said all along Liverpool have the best team in England, they proved it last year and in the Champions League (the season before) as well, so we know it is going to be a really tough game, especially with them hurting from the defeat at Villa.

“Hopefully our luck will change soon but if we continue to play the way we have done since the start of the season we have a chance of winning.”

Everton’s form is represented by that of striker Dominic Calvert-Lewin, who has scored 10 times in eight matches across all competitions including a goal on his England debut last Thursday.

But Ancelotti’s new signings – James Rodriguez, Allan and Abdoulaye Doucoure – and his tactics have brought a different structure and game-plan which has paid immediate dividends.

“We needed someone to come in and settle us down a little bit,” added Sharp, who in January was made players’ life president at Everton.

“There have been too many managers and with that it becomes too many players who don’t fit the next manager’s bill so they have to try to move them on or they are stuck with them. It has been a tough few years.

“But the whole attitude of the first team squad has changed and that is down to Carlo and him bringing in the three really good players who have been added to the squad.”

With such optimism coursing through the club Sharp believes European qualification is a must this season.

“For the football club to get back on the right foot we need to qualify for Europe, either from the league position or a cup competition,” he said.

“European football every year builds up the profile of the club, makes it easier to attract players.

“Last year was really disappointing where we finished in 12th and European football has to be our goal for the next few years, playing there regularly.”