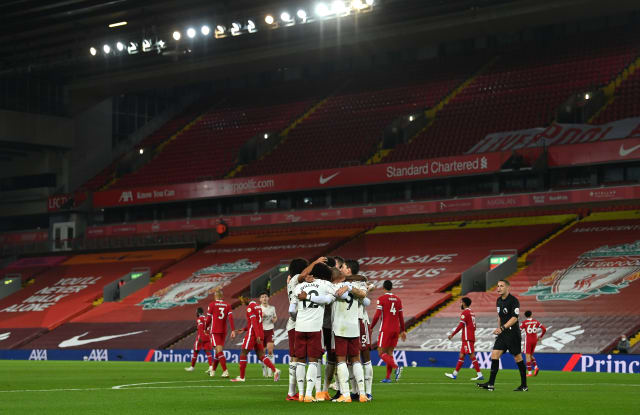 Premier League chief executive Richard Masters hopes fans can return to matches in the near future after highlighting the “inconsistency” in people attending the London Palladium earlier this week.

There was widespread confusion that events at the London theatre, which included a talk by former Arsenal manager Arsene Wenger, had been allowed to go ahead when the Government had stopped the return of spectators to sports venues from October 1 because of a rise in coronavirus infections.

Oliver Dowden appeared to accept the approach was inconsistent when he addressed MPs earlier on Wednesday, and Masters said: “I know the Government has some huge issues on their plate at the moment but the London Palladium was half-full this week, and obviously we make the point that if that can be the case, we hope that football stadiums can reopen soon.

“We understand that DCMS has to do things for different sectors but ultimately there’s an inconsistency there, that you can go to an indoor venue, enjoy an evening out.

“We think that’s a really positive thing, the big question is why can’t that be, in the near future, sports venues as well?”

The Premier League says English football loses £100million every month without spectators, while the EFL said it lost £50m in revenue in 2019-20 and stands to lose a further £200m if fans do not return in 2020-21.

Dowden appeared to suggest the issue with sports attendance was the “volume” of events compared to indoor performances.

“I accept people’s frustration at the inconsistency there,” he told MPs at an evidence session of the Digital, Culture, Media and Sport committee.

“We were one of the first countries in the world to achieve it. At that time I was attacked by the arts for prioritising sports. The next stage was to have pilots to move to a point from October 1 where we would be able to have spectators in stadiums. That is what I desperately wanted to happen.

“Because of where we are with the disease and the rapidly-rising rate of infection it has not been possible to have that further easement. The very clear advice from the scientific community was that we should be imposing restrictions, which we are, not further easements.

“It is worth noting the difference in terms of the quantum between the two. If we had social distancing for sports that is a lot of people coming week in, week out going to sports stadiums up and down the country, it is an easement, that contrasts to socially-distanced indoor performances – people have noticed the Palladium – there are actually very few going on. It’s a different scale.”

Questions have also been raised about why socially distancing at an outdoor sports ground is off limits when pubs and other venues like shopping centres remain open.

He said: “It is worth noting it is not just in the stadium – it’s the journey to the stadium both on issues such as public transport, (and) people are likely to want something to eat or drink on the way, there is lots of other social contact.

“That’s not to say those things can’t be mitigated, they can be. But we have to accept that in permitting that to go ahead from October 1 we would have been having an easing in restriction, an increase in social interaction, which could have aided the spread of the disease at the same time as we were imposing lots of further restrictions.”

Dowden talked about three areas where improvement would need to be seen for spectators to return, although he was answering a question concerning indoor performing arts venues.

“One is a vaccine, and once we get to the point where that is sufficiently spread through the national community,” he said.

“The second is in relation to on-day testing, both the level of it and the confidence in it, and clearly there will be other priorities for that but we are confident of allocating that for the performing arts, and the third thing is the natural progression of the disease and the measures we’re taking to control it.”

Masters said he did not expect that the Premier League would need to be suspended in the event the Government chose to implement a ‘circuit-breaker’ national lockdown.

“We scenario plan and talk about various different outcomes – you have to in the current environment – but there’s no talk about the Premier League or sport being suspended at the moment,” he said.