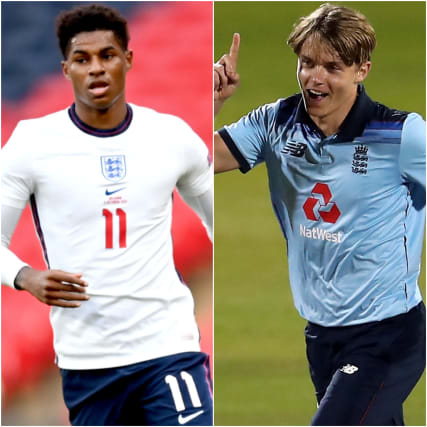 Here, the PA news agency looks at some of the best examples from October 14.

Jose Mourinho had his feet up.

James Milner could not believe what he was seeing.

Gareth Bale continued to build up his fitness.

Rafael Van Der Vaart had the paint out.

Photographers have their work cut out at Leeds.

England will debut their new away shirt against Denmark on Wednesday evening.

Neymar paid tribute to Ronaldo after overtaking the former Inter and Real Madrid striker into second on the all-time goalscoring charts.

While Everton’s Richarlison made his mark in a Brazil shirt.

Sam Curran hoped to strike a deal with Xbox after dismissing David Warner, like England team-mate Jofra Archer did.

Imran Tahir is a team player.

Ian Botham was riding the waves!

Andy Murray chilled on a roof.

Tyson Fury had a powerful message.

Wayne Mardle bowed down to his fans, before demolishing Clubs.