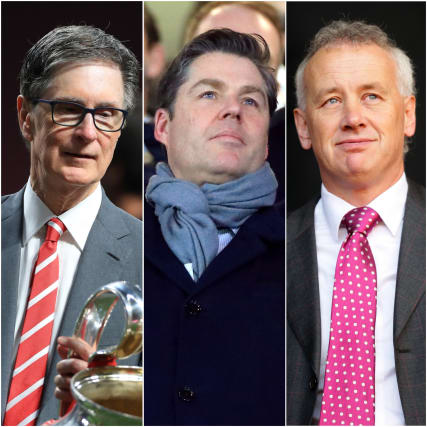 Project Big Picture plans have been rejected by Premier League clubs, who will instead work together on a "strategic plan" to find a new way forward for English football.

Liverpool and Manchester United, along with EFL chairman Rick Parry, had been behind the PBP plans which emerged at the weekend.

Had the proposals been adopted they would have represented the most significant changes in English football in a generation, with a major shift in league voting rights proposed which would have put far greater power in the hands of the top flight's so-called 'big six' clubs.

But they have been knocked back at a clubs meeting held on Wednesday.

A league statement read: "All 20 Premier League clubs today unanimously agreed that Project Big Picture will not be endorsed or pursued by the Premier League or the FA.

"Further, Premier League shareholders agreed to work together as a 20-club collective on a strategic plan for the future structures and financing of English football, consulting with all stakeholders to ensure a vibrant, competitive and sustainable football pyramid."

A rescue package has also been agreed to help League One and League Two clubs.

The statement continued: "Also at today's meeting it was agreed to make available a rescue package which aims to ensure that League One and League Two clubs will not go out of business as a result of the financial impact of Covid-19 and be able to complete the 2020/21 season.

"League One and League Two clubs rely more heavily on matchday revenue and have fewer resources at their disposal than Championship or Premier League clubs and are therefore more at risk, especially at a time when fans are excluded from attending matches.

"This offer will consist of grants and interest-free loans totalling a further £50 million on top of the £27.2m solidarity payments already advanced to League One and League Two this year, making a total of £77.2m. Discussions will also continue with the EFL regarding Championship clubs' financial needs. This addresses Government concerns about lower league clubs' financial fragility.

"Football is not the same without attending fans and the football economy is unsustainable without them. The Premier League and all our clubs remain committed to the safe return of fans as soon as possible."

Parry had earlier been urged by Culture Secretary Oliver Dowden to "stop being distracted over this latest wheeze" concerning the controversial plans and focus on talks with the Premier League to secure a rescue package for his competition.

Dowden described the blueprint as 'Project Power Grab' and reiterated that a fan-led review of the game's governance would have to be brought forward "imminently" if the leagues could not settle their differences.

Dowden told the Digital, Culture, Media and Sport committee: "I've made clear my scepticism and concern about this.

"We know from the conversations we have had that the EFL clubs will not be allowed to go bust, there are the resources there, but we need a comprehensive deal and this is a distraction at best from that.

"What it demonstrates is that we were wise to put in our manifesto provisions for a fan-led review because it genuinely brings into question the ability of football to govern itself properly.

"I have met extensively with (Premier League chief executive) Richard Masters and Rick Parry and we are all pretty convinced this deal can be done.

"The Premier League have indicated their willingness to do this, I hope the EFL will stop being distracted by this latest wheeze over the weekend and come seriously to the table and do the deal."

Asked for his view on Parry specifically, Dowden said: "I would have preferred that at the end of this that, rather than reading about this 'Project Power Grab' as you rightly put it, instead I was reading how they had come to a deal to secure the future of football, I think that would be a much better use of people's time."

Parry argued that the PBP proposals represent a chance for the EFL to secure its long-term future, and they were cautiously welcomed by many – but not all – EFL clubs' executives.

Dowden was pressed on his comment concerning guarantees that no EFL club would go bust, insisting that was not a Government assurance but the assurance he had been given by the EFL.

He set out why the Government felt it was the Premier League's responsibility to help the EFL financially, pointing to the fact that top-flight clubs spent more than £1billion in the summer transfer window.

He added: "Given there is that much money in football, could we seriously turn around to a pensioner in Hartlepool and say to her that some of her taxes would have to go to support this?

"We have given wider support to sports, the role of Government is to bring those two sides of the table together."

Football Association chairman Greg Clarke had warned on Tuesday that his organisation stood ready to intervene if it felt the proposals brought forward threatened the structure of the game.

He said he had walked away from PBP discussions last spring "when the principal aim of these discussions became the concentration of power and wealth in the hands of a few clubs with a breakaway league mooted as a threat".

He said the FA would block any attempt of a breakaway league and bar such rebel clubs from European competition.