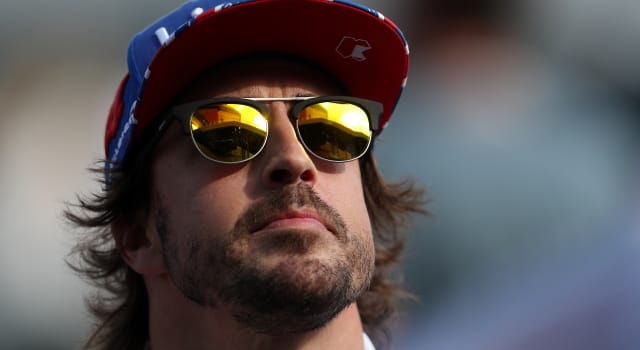 Double world champion Fernando Alonso has made his Formula One comeback in a private test for Renault.

The 39-year-old Spaniard, who will return to the sport on a full-time basis for the French team next season, completed 21 laps at Barcelona’s Circuit de Catalunya on Tuesday.

Alonso has been out of F1 since walking away from McLaren at the end of 2018.

Tuesday’s appearance marked his first in a grand prix car since he competed in a test for McLaren in Bahrain in the spring of 2019.

Alonso said: “It felt amazing to be able to drive these cars after two years and feel the speed again, how everything comes so fast, corner after corner, the performance under braking and all the things a Formula One car has to offer.

“The car was a nice surprise. We know the car is performing well and I felt the grip and there is certainly good potential in it.”

Ricciardo is departing for McLaren at the end of the campaign, with Alonso taking his seat.

It will be Alonso’s third stint with Renault, the team with whom he won both his titles in 2005 and 2006.

“I felt at home already from day one,” added Alonso. “I’m comfortable here with Renault. A lot of the people who worked today, worked as mechanics in my days in the team. When you know the faces, everything comes a little easier.

“I know what the team is capable of and I know the prospects for the future are good.”