Christian Eriksen on familiar ground as he reaches Denmark century 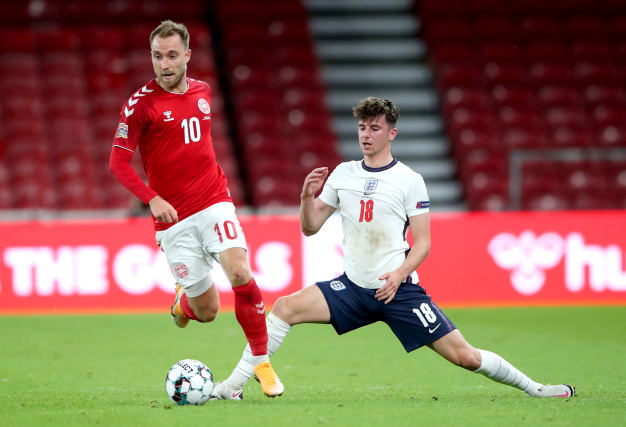 Christian Eriksen will be on familiar territory when he reaches the milestone of 100 international caps.

The former Tottenham midfielder will bring up a century of Denmark appearances against England at Wembley on Wednesday night.

Spurs spent a season at the national stadium while their new ground was being built so Eriksen, now with Inter Milan, admits he will feel right at home.

“It’s good to be back at Wembley and back in London,” said the 28-year-old.

“To reach 100 in tomorrow’s game is impressive, in a weird way, because it’s something you only think about when you retire. You want to play the next game, and the next one. When I retire I’ll look back but at the moment it’s just about the next one.

“I’ve been lucky with injuries, I haven’t missed many games, and I’ve been lucky the national coaches have looked my way, to get me to express myself and play the games.

“It’s hard work but in the end you just think about one game at a time.”

The teams played out an instantly forgettable goalless draw in Copenhagen last month, but England’s win over Belgium on Sunday has since lifted them to the top of their Nations League group.

However, the Danes arrived in London on the back of a morale-boosting 3-0 win in Iceland, where England could only manage a scrappy 1-0 victory.

“We’ve come here with two wins in our last two games so we are confident we can get a result,” added Eriksen.

“We know England are a good team but we learnt a lot from the first game against them and I hope we will take it to the next step.

“I’m looking forward to it. England are very strong at home but it’s our job to maybe change that tomorrow.”