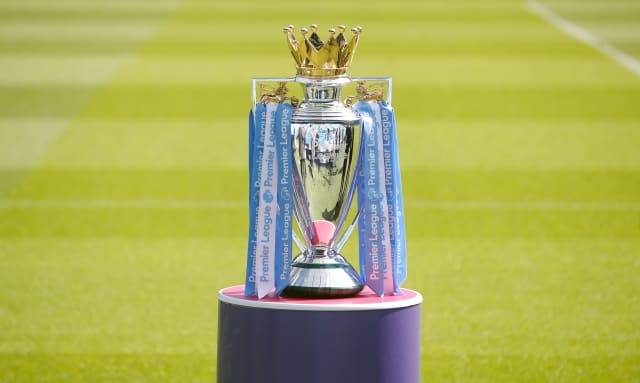 Radical proposals to overhaul the Premier League have been revealed.

Project Big Picture, the brainchild of Liverpool and Manchester United, includes plans to reduce the top flight to 18 clubs, give greater power to the so-called ‘big six’, and abolish the League Cup and Community Shield.

Here, the PA news agency takes a closer look at the evolution of the Premier League over the last three decades.

July 1991: Having discussed a radical restructuring of football, English First Division clubs sign the Founder Members Agreement, establishing the basic principles for the setting up of the Premier League.

May 1992: Sky wins the rights to live games in a £304million five-year deal. The BBC wins the highlights package and revives Match of the Day.

August 1993: Ahead of its second season, the competition is rebranded as the FA Carling Premiership. The initial four-year agreement with the lager company is worth £12m, the biggest sponsorship deal in British sport at that time.

May 1995: The division is reduced from 22 clubs to 20 when four teams are relegated and only two are promoted. According to the Premier League, there was always an intention to reduce the number of clubs in order to “promote development and excellence at club and international level”.

December 1996: Carling renews is sponsorship on another four-year contract. The cost, compared to the previous deal, triples to £36m.

May 1999: Manchester United become the first English European champions since the inception of the Premier League after beating Bayern Munich 2-1 in Barcelona. The previous British winners were Liverpool in 1984.

August 2001: Barclaycard replaces Carling as the division’s official sponsor in a deal reportedly worth £48m over three years.

July 2003: Chelsea are bought by Russian billionaire Roman Abramovich. The £140m takeover – the biggest in British football history – triggers a seismic shift in Premier League power and helps the Blues become one of the division’s major players.

October 2003: A three-year sponsorship deal worth £57m is agreed which will see the Barclaycard Premiership renamed the Barclays Premiership.

May 2005: US sports tycoon Malcolm Glazer and his family win control of Manchester United in a £790m takeover. The move splits opinion among fans, with many unhappy at the debt the new owners build up.

August 2007: The competition’s name reverts from Premiership to Premier League ahead of the 2007-08 season, being rebranded as the Barclays Premier League.

May 2008: The growing power of English clubs leads to the first all-English Champions League final. Manchester United beat Chelsea on penalties in Moscow.

September 2008: Manchester City, a club without a trophy in 32 season, is bought by the Abu Dhabi United Group for £210m. City have since lifted four league titles to cement their place as one of the country’s most powerful clubs.

June 2012: A new three-year TV deal worth a staggering £3billion – more than a billion pounds more than the previous one – is agreed. BT launches a new channel to screen 38 games per season, while Sky remains the Premier League’s major broadcaster.

February 2015: Sky and BT pay a record £5.136billion for live TV rights for three years from the 2016-17 season. The figure represents a 70 per cent increase on the broadcasters’ previous deal.

June 2015: The Premier League announces it will drop its title sponsor from the start of 2016-17. The move reflects the organisation’s desire to mirror major American sports leagues like the NBA and NFL in presenting a ‘clean’ brand.

May 2016: Leicester defy 5,000-1 odds to claim the title. The Foxes and 1995 winners Blackburn are the only clubs from outside the so-called ‘big six’ to have become champions in the 28-season history of the competition. Tottenham remain the only team from within the six not to have won the Premier League.

March 2020: Action is indefinitely halted by the coronavirus pandemic. Termed ‘Project Restart’, the 2019-20 season eventually resumes on June 17 and is completed on July 26. Matches continue to be played behind closed doors.

October 2020: With fans still unable to attend games, the Premier League announces matches in October which have not already been selected for live coverage will be available to watch on a pay-per-view basis, costing a reported £14.95 per game.

October 2020: Proposals for Project Big Picture are unveiled. EFL chairman Rick Parry – the Premier League’s original chief executive – insists it has been designed “for the greater good of English football”.