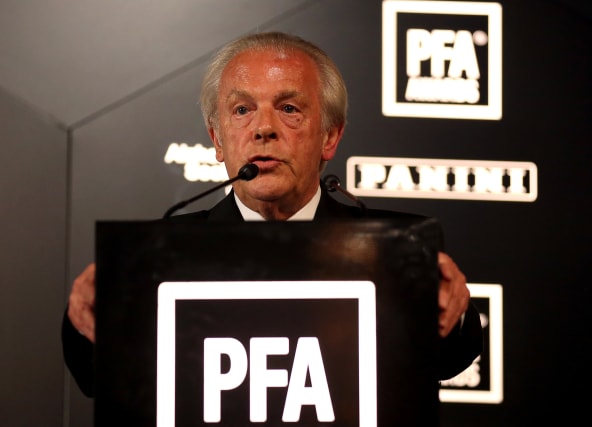 The Professional Footballers’ Association has announced it will fund weekly checks to support EFL clubs in ensuring they continue to comply with coronavirus protocols designed to protect players and coaching staff.

A number of matches in the EFL in recent weeks have had to be postponed as a result of coronavirus infections among playing squads and there has been a concern that, as cases rise nationally, more games could be threatened.

There was also controversy over the weekend concerning Tranmere, whose chairman Mark Palios said they were told by the EFL they had to play their League Two match at Salford despite two players testing positive for coronavirus and a further four forced to self-isolate.

The funding from the players’ union, which has not been disclosed but is understood to be substantial, will pay for experts from the Sports Grounds Safety Authority to visit clubs’ training grounds and stadiums to ensure adherence with protocols. A selection of clubs will be visited each week for the remainder of the 2020-21 season.

It is understood the funding will not pay for any additional testing, but will nevertheless be a huge help to EFL clubs having to cope with the absence of spectators, after the Government pressed pause on the October 1 fans’ return due to a second wave of Covid-19 infections.

PFA chief executive Gordon Taylor said: “The PFA has committed to pay for audits for the remainder of the season and will work closely with the EFL to ensure that clubs can continue to fulfil their fixtures.

“From the outset of the COVID outbreak, the concerns for the welfare and safety of players and all club staff has remained the PFA’s top priority.”

EFL chief executive David Baldwin said: “To ensure the continued safeguarding of players and club staff, we are looking to introduce visits to help support clubs in assessing compliance with their own operational plans and risk assessments.

“The funding from the PFA will allow us to not only highlight the positive aspects of the protocols, but also to pick up on any areas of improvement to continue the fulfilment of fixtures in the 2020/21 season.”

Tranmere were left with only 10 first-team players due to the coronavirus-related absences plus regular injuries and international call-ups.

Co-owner and vice-chairman Nicola Palios said on Twitter the club could not call off Saturday’s match against Salford as there was “no guarantee a 15-point penalty would not be imposed” for doing so.

Chairman Mark Palios told the PA news agency: “We asked for guidance and were told (by the EFL) that if we had youth players, we had to play.

“They indicated that the other games called off were on medical advice. We have adhered to the fullest extent of the protocols required.”

The EFL hit back in a strongly-worded statement in which it appeared to deny that Tranmere had made a specific enquiry, and added: “To suggest that a sporting sanction of ‘up to 15 points’ could be applicable as a result of potentially not playing a fixture is at best extremely misleading.”

However, the EFL statement did note that in the case of a club calling off a fixture without specific advice, the governing body would look at the “specific circumstances” before potentially referring them to an independent disciplinary commission.

While a points penalty does fall within the governing body’s disciplinary regulations regarding the non-fulfilment of fixtures, it is not a mandatory punishment or set at any specific number, and there could be other outcomes from any investigation once fully concluded.