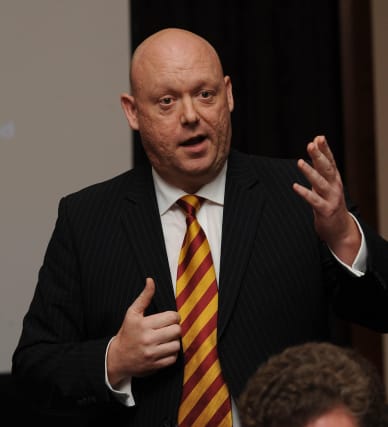 David Baldwin is to stand down as chief executive of the EFL, having only taken on the role in June.

A statement from the league confirmed the former Burnley CEO would leave in six months’ time.

The league said the decision was totally unrelated to Project Big Picture, the plans for reforming the English football pyramid which involve EFL chairman Rick Parry.

David Baldwin said: “Having thoroughly reflected on my own personal circumstances at length in recent weeks, I have now determined it is only appropriate to inform the board and the membership of the EFL of my intentions at the earliest opportunity.

“Taking those two factors into consideration and balancing the needs of my family, health and well-being, I feel the decision to leave is the right one.”

Baldwin added: “Between now and my departure date there is still plenty of work to be undertaken on behalf of EFL clubs and I remain committed to finding solutions to the many challenges we currently face.”

Parry added: “Whilst disappointed, I understand the reasons Dave has outlined and respect his wishes. He remains committed to the EFL and will continue to lead the executive until he leaves us in 2021.”

Baldwin was confirmed as the permanent successor to Shaun Harvey in December last year.

He had been chief executive at Premier League club Burnley since 2015, having previously been at Bradford.

At the time of his appointment, Parry said: “David has a deep and thorough understanding of the game in this country; he joins us with direct experience of running clubs in the Premier League and the EFL, with an excellent reputation and proven ability to build and grow relationships.

“David was the outstanding candidate in a strong field. With his strong leadership skills and enthusiasm for league football, I have no doubt that we have found the right person to lead the organisation.

“It is quite clear from talking to David that he is excited to be joining the League and relishing the challenge ahead.”