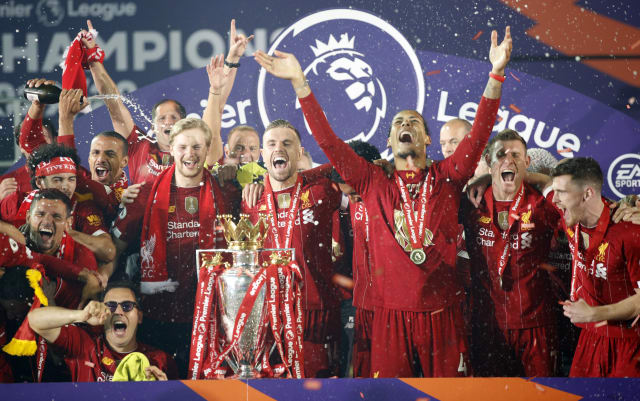 EFL chairman Rick Parry has defended radical plans to overhaul the English top flight after they were criticised by the Government and the Premier League.

Project Big Picture, the brainchild of Liverpool and Manchester United, includes plans to reduce the Premier League to 18 teams, giving greater power to the ‘big six’ and abolishing the League Cup and Community Shield.

It also proposes EFL clubs will receive an immediate £250million rescue package and a 25 per cent future annual share of Premier League revenue.

Parry insists Project Big Picture has been designed “for the greater good of English football”, offering the best chance of securing the future of clubs outside the top flight.

It is understood the deal has been three years in the making and while Chelsea have also been consulted, Parry praised Liverpool and United for showing leadership and responsibility.

The Premier League said the proposals would have a “damaging impact on the whole game” while the Department for Culture, Media and Sport said it was “surprised and disappointed… backroom deals (are) being cooked up that would create a closed shop at the very top of the game”.

But Parry said: “It is two of our great clubs showing leadership when it is needed, exercising great responsibility, and from the EFL point of view it is making our clubs sustainable and bridging the gap between the top of the Championship and and the bottom of the Premier League.

“The cherry on the icing on the cake is the prospect of a £250million rescue fund immediately, which does of course help, but the principal part of the story is the biggest reset since the formation of the Premier League which, all being well, will set up the pyramid for the next 25 years.

“The proposal is designed for the greater good of English football.”

However, that may not be enough to ease the proposal’s adoption as a revamp of the Premier League voting system, giving greater power to the nine longest-serving clubs and abolishing the threshold of 14 votes to pass any resolution, is likely to meet with opposition.

So too the proposed introduction of a relegation play-off for the 16th-placed club against clubs in third, fourth and fifth in the Sky Bet Championship – even without the realistic possibility of four clubs being relegated in the changeover season bringing the top flight down to 18 members.

“In the Premier League’s view, a number of the individual proposals in the plan published today could have a damaging impact on the whole game and we are disappointed to see that Rick Parry, chair of the EFL, has given his on-the-record support,” said a Premier League statement.

“The Premier League has been working in good faith with its clubs and the EFL to seek a resolution to the requirement for Covid-19 rescue funding. This work will continue.”

There is also resistance to the plan from within Government.

“We are surprised and disappointed that at a time of crisis, when we have urged the top tiers of professional football to come together and finalise a deal to help lower-league clubs, there appear to be backroom deals being cooked up that would create a closed shop at the very top of the game,” said a spokesperson for DCMS, whose Secretary of State Oliver Dowden is due before a Commons Select Committee on Wednesday to answer questions about fans returning to sports venues.

Parry does not believe either response throws a spanner in the works, suggesting the Premier League has had plenty of opportunity to come up with plans of their own.

“They (Premier League) could have come up with a plan like this at any time. How long has it taken to get a short-term rescue package even to the starting gate? Months,” he added.

“The message from Liverpool and Manchester United and their ownership is they actually genuinely do care about the pyramid.

“This hasn’t been rushed together, this isn’t a Covid plan, it has been years in the thinking and months in the making.”

On the Government’s response he said: “It doesn’t make it a non-starter at all. The merits of the idea shine through and it is absolutely about saving the pyramid.”

Reacting to the developments, the Football Supporters’ Association said it “notes the report with grave concern” and added: “As football’s most important stakeholders, it is crucial that fans are consulted and involved in the game’s decision-making.”

Nuno Espirito Santo encouraged by the progress of Raul Jimenez

Andy Sullivan on course for wire-to-wire victory in Dubai