Callum McGregor confident Scotland will be boosted by ‘big moment’ 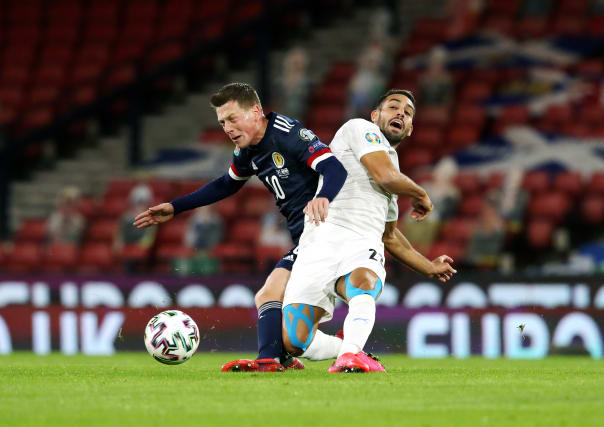 Callum McGregor is confident that Scotland’s “big moment” against Israel will boost Steve Clarke’s squad even further ahead of their chance to make history.

The Scots’ penalty shoot-out win over Israel at Hampden Park on Thursday night after 120 goalless minutes took them into a Euro 2020 play-off final against Serbia away next month.

That match gives Scotland a chance to reach the finals of a major tournament for the first time since the 1998 World Cup in France.

Celtic midfielder McGregor is confident that it will not be the case of after the Lord Mayor’s show for the Nations League Group B game against Slovakia at Hampden on Sunday, or Wednesday’s visit of Czech Republic.

McGregor said: “I don’t think so. Hopefully it goes the other way in terms of that probably being the first success the group has had together.

“It was a big moment for the group as well so hopefully it goes the other way.

“The boys bounced onto the pitch this morning probably feeling better than they would have done if they had lost the game and there is a real sense of happiness and togetherness in the squad.

“I am hoping it goes the other way and everyone will be fresh for tomorrow.”

McGregor, who scored one of the penalties in the 5-3 shoot-out victory, admitted there was some nerves around the semi-final from which the Scots emerged unbeaten in six games.

He said: “To take a step into the final was the plan from the start of the week.

“Obviously, we had been building towards it for a long time and you could feel that nervousness around it but the boys were excellent and to hold the nerve with penalties was excellent as well. It showed a good bit of character.

“There was a little bit of pressure to get to the final and it was all about getting the job done.

“Serbia will be a tough game.

“Hopefully we get some good work done in the next two games and keep the momentum going into the big one and when it comes around we know Serbia is a tough opponent but in a one-off game you never know.”