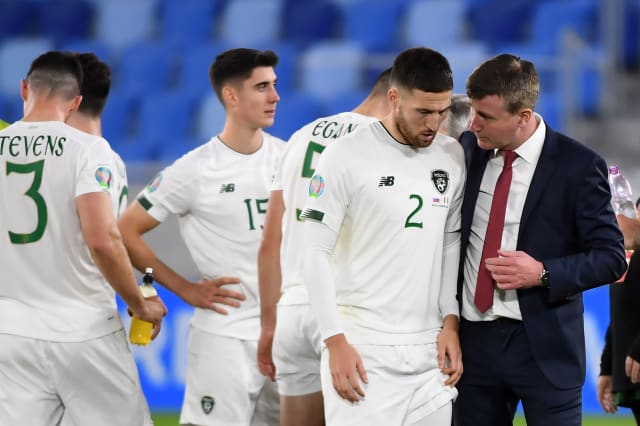 Doherty and Davies will go head-to-head down the same flank on Sunday when the Republic of Ireland meet Wales in a Nations League Group B4 tie at Dublin’s Aviva Stadium.

The game comes just three days after the Republic’s Euro 2020 dream next summer died, Doherty sending a decisive shoot-out penalty against the crossbar for Slovakia to book a play-off final date with Northern Ireland.

“I haven’t spoken to him since the penalty,” left-back Davies said of his new right-back colleague, who Spurs signed from Wolves this summer.

“Sometimes things are better left. But I get on really well with him.

“Since he’s come to Spurs he’s been excellent. We spoke about the game last week and it will be a good competitive match against them.”

The two sides have become familiar foes and this will be their fifth meeting in just over three-and-a-half years.

The matches have always been spicy affairs and Republic captain Seamus Coleman spent 10 months out of the game after suffering a double leg break against Wales in March 2017.

“There is a lot of pride at stake and it’s a tough game every time we play Ireland,” said Davies, who is expected to wear the armband again after leading Wales in the 3-0 friendly defeat to England on Thursday.

“It was obviously terrible what happened (to Coleman) but these things happen in football.

“There’s a lot of new players in both squads now and I’d like to think that’s in the past.

“I’ve played against Seamus a lot of times since his injury as well and he’s been a top guy on every occasion.

“There hasn’t been a single problem with me and him personally, and I don’t think there’s a problem between the Wales and the Ireland players either.

“They’re physical, tough opposition, and they work hard to make life difficult for you.”