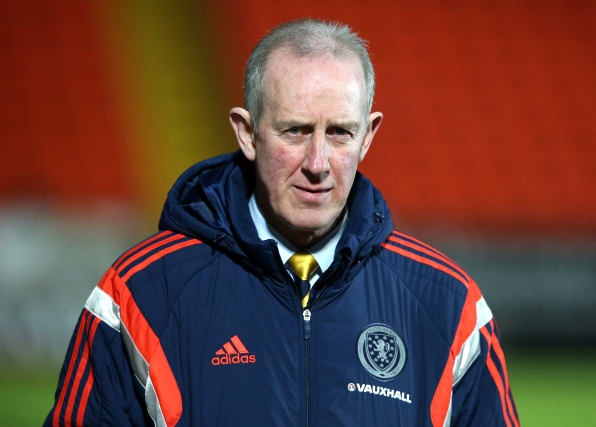 The Scottish Football Association has apologised after Scotland Under-19 head coach Billy Stark returned a positive coronavirus test during a match against England, forcing the fixture to be abandoned.

Negative tests had been produced by players and staff from both teams ahead of the game at the English Football Association’s St George’s Park training complex near Burton upon Trent.

But, with the sides scheduled to meet again at the same venue on Sunday, a second round of testing had already been carried out prior to kick-off.

An SFA statement read: “The under-19s squad and backroom team all delivered negative Covid-19 tests on Sunday to enable them to play in today’s match against England.

“Three players based in England joined up with the squad yesterday and they, and the rest of the squad, were tested again with a view to Sunday’s second match.

“The three players had been in isolation and had no contact with anyone else.

“Nonetheless, despite testing negative during Sunday’s test, the head coach, Billy Stark, returned a positive test for Covid-19 this afternoon.

“The result of the second test was immediately relayed to the under-19 team manager and the game was abandoned immediately, in line with established Covid-19 protocol.

“We apologise to the (English) FA for any inconvenience caused and reiterate our commitment to the health and safety of all our international players and staff.”

Without the second game in the double-header, the second round of tests would not have been necessary, meaning the match would have been completed, potentially risking further infection.

Stark will travel home in isolation and self-isolate for 10 days, while Scotland’s players and the rest of the backroom team will undertake precautionary self-isolation for 14 days.

The Scottish Government will undertake a formal risk assessment to assess who Stark was in close contact with during the camp.

Saturday’s under-17 fixture between the two countries at St. George’s Park has also been postponed.

The PA news agency understands players did not return to the dressing rooms or cross paths away from the pitch following the abandonment, while a deep clean of the facilities has been carried out.

Meanwhile, England’s senior team have not been affected by the incident as they have been staying at Pennyhill Park in Surrey in the build-up to a trio of international fixtures.

Gareth Southgate’s side are due to face Wales on Thursday evening at Wembley ahead of Nations League clashes with Belgium and Denmark.

A tweet from England’s official account earlier on Thursday read: “England Under-19s’ match with Scotland at St. George’s Park this afternoon was abandoned in the first half as a precaution in line with Covid protocol.”

England’s Under-21 side have been on site at St George’s Park following Wednesday’s 3-3 draw in Andorra but have been kept in a separate bubble away from the Under-19 team.