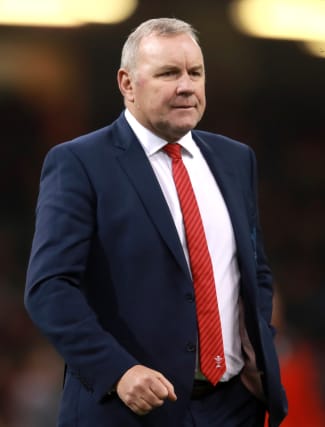 Wales boss Wayne Pivac will adopt a zero-tolerance approach if any of his players breach strict Covid protocols during the autumn campaign.

Pivac’s 38-man Wales squad faces an intense period of six Tests in as many weeks, featuring a friendly against France, a rescheduled Guinness Six Nations appointment with Scotland and four Autumn Nations Cup games against opposition including England and Ireland.

The group will be in a ‘bubble’ environment at their usual training base in the Vale of Glamorgan, and Pivac has adopted a no-nonsense stance.

Asked what might happen in the event of any breach of protocols, he said: “There are examples of a couple of footballers.

“If that sort of thing happened in our environment, they will be released from the squad. It’s as simple as that.

“We think our environment will be very tight and will certainly comply with all the areas that we have to comply with. It will be one of the best places to be, I can assure you of that.

“It’s the discipline that we, as the leaders in the group, have to maintain and make sure that the education is in place.

“That has been in place, and will continue to be in place. There are Zoom calls before the team comes into camp, and then there will be Covid instructions throughout our time together.

“We will be very diligent in the way we operate and make sure we keep this thing at bay to ensure we’re able to fulfil our role within the tournament, and that is to front up and fulfil our fixtures.”

Pivac has named uncapped Bristol fly-half Callum Sheedy in his group alongside six other Test rookies, including Sheedy’s 19-year-old Bristol colleague Ioan Lloyd and Scarlets centre Johnny Williams, who returned to playing early this year after being diagnosed with testicular cancer in 2019.

Cardiff-born Sheedy, 24, also qualified for Ireland through his parents and England on residency, and he represented England in a non-cap game against the Barbarians last year.

Ex-London Irish and Newcastle player Williams, who was born in Weston-super-Mare but whose father is from Rhyl, also featured for an England XV in the same match, scoring a try.

Sheedy has proved a pivotal figure behind Bristol’s qualification for the Gallagher Premiership play-offs and European Challenge Cup final this season, starring alongside high-profile imports like Semi Radradra and Charles Piutau.

On Sheedy’s call-up, Pivac added: “It was about a one-minute phone call in relation to eligibility.

“He told me he was born in Cardiff, raised in Cardiff and he’s Welsh through and through, and I can tell by his accent.

“He was very, very keen to represent his country, and his country is Wales.”

Pivac, meanwhile, also said that fly-half Gareth Anscombe, who suffered a World Cup-ending knee injury last summer, could be out for another 12 months.

“We think the way we want to play the game going forward that he offers a lot for a young man.

“Now is a very good opportunity for us to look at building the depth we think we are going to need for the World Cup.”