The winners and losers of the Premier League transfer window 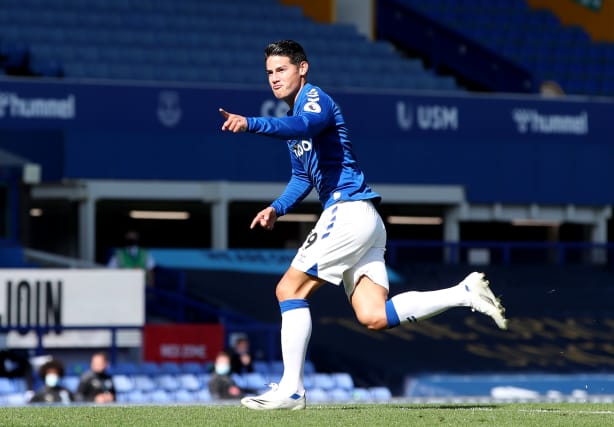 The final day of the Premier League transfer window saw clubs scrambling to get deals done, with some having more success than others.

Here, the PA news agency looks at the clubs who did well and those who came up short in the summer market.

The Gunners left it late but the £45million deadline-day acquisition of Thomas Partey added some much-needed power to the Gunners’ midfield. The signing came on the back of having secured centre-back Gabriel, for £27m from Lille, to strengthen another area of weakness, and adding Willian’s experience to an already-strong forward line. Getting Pierre-Emerick Aubameyang to sign a new three-year contract was arguably even more important. The sale of goalkeeper Emiliano Martinez to Aston Villa has been viewed as weakening that department but the departures of Matteo Guendouzi and Lucas Torreira on loan less so.

Somewhat unusually the Toffees did their crucial business early, so successfully in fact it has helped propel them to the top of the Premier League table. Playmaker James Rodriguez’s arrival from Real Madrid claimed all the headlines but in Allan and Abdoulaye Doucoure manager Carlo Ancelotti addressed an important issue in midfield, while Niels Nkounkou and England Under-21s centre-back Ben Godfrey have plugged other holes. The Italian also acted decisively after another mistake by goalkeeper Jordan Pickford on Saturday, making the 11th-hour signing of Roma’s Sweden international Robin Olsen to provide competition. Moise Kean’s loan to Paris St Germain may leave them short up front but Theo Walcott’s loan to Southampton and permanently offloading flop Sandro Ramirez to Huesca will not have an adverse effect.

Villa manager Dean Smith is another boss who has addressed major flaws. The £28m signing of Brentford’s Ollie Watkins was scoffed at but the 24-year-old has already scored a hat-trick against champions Liverpool, while Bertrand Traore offers another good attacking option. Martinez, in goal, Matty Cash, in defence, and on-loan Ross Barkley, in midfield, have strengthened all areas of the team, while Jack Grealish’s new contract provided an important pre-season boost.

Spurs fans are still waiting to see Gareth Bale back on the pitch after rejoining on loan from Real Madrid, but in his absence other new signings have made their mark. Midfielder Pierre-Emile Hojbjerg, excellent in Sunday’s 6-1 win at Manchester United, already looks a bargain, while another arrival from Real Madrid Sergio Reguilon looks an astute acquisition and on the other side of the defence Matt Doherty has brought proven Premier League quality. On-loan Benfica forward Carlos Vinicius provides cover for Harry Kane and Son Heung-min.

United set out to sign 20-year-old Jadon Sancho as their primary target and ended up with 33-year-old Edinson Cavani – one of four deadline-day arrivals. While the Uruguay international has been one of the leading strikers in Europe’s top leagues, his best years are behind him and for him to arrive on the final day – despite being out of contract and available for months – smacks of desperation. They did sign two wingers in Atalanta’s Amad Diallo and Facundo Pellistri from Penarol in Uruguay but the former does not join up with them until January and the latter is not first-team ready. United’s misjudgement of Borussia Dortmund’s resilience to stick to their principles was calamitous and ignored the real issues faced by Ole Gunnar Solskjaer, namely in defence. Alex Telles should be an upgrade at left-back but there were no reinforcements in the centre, with the experienced but out-of-favour Chris Smalling allowed to return to Roma on a permanent deal. Donny Van De Beek, bought from Ajax, has yet to settle into the team.

The window began badly for the Hammers, with the sale of 22-year-old forward Grady Diangana to West Brom for £18m provoking public condemnation from captain Mark Noble, and did not get much better. They pursued England centre-back James Tarkowski but were not prepared to pay Burnley’s asking price, Tomas Soucek’s loan being made permanent was hardly a transfer coup while the only other arrival was his Czech compatriot Vladimir Coufal for £5.4m. It leaves manager David Moyes woefully short of options.

Throughout the entire window Sean Dyche made noises about needing reinforcements, having lost a number of senior players at the end of last season. The Clarets are never big spenders but they have found a way to find the right players for them. They signed back-up goalkeeper Will Norris, Marc Richter and Dale Stephens for less than £2m combined.