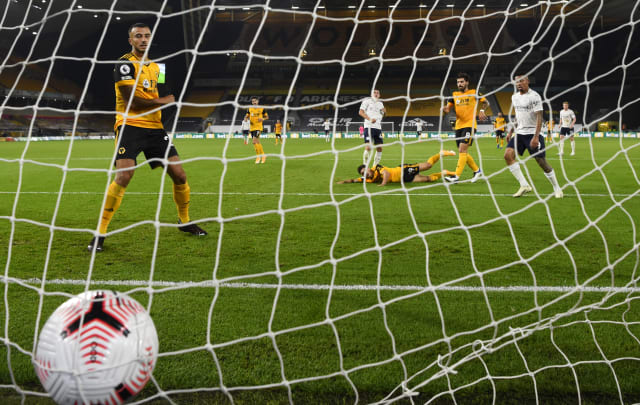 A free-wheeling start to the Premier League season continued on Sunday with Aston Villa and Tottenham combining for 13 goals against the might of Liverpool and Manchester United.

With an average of nearly four goals per game in the early weeks, the new campaign is in uncharted territory – aided by a flood of penalties.

Here, the PA news agency takes a look at the remarkable statistics so far.

That is a small sample – exactly one-tenth of the schedule, as a result of two postponements on the opening weekend – but if the rate were to be maintained over a full season, it would be the highest since 1930-31 in the English top flight – and the highest of the Premier League era by a full goal per game.

Simple maths shows that 144 in one-tenth of the season means we are on course for 1,440 at this early stage, which would eclipse even the 22-team record of 1,222 in the inaugural Premier League season.

Eighteen of the 38 games, 47.4 per cent, have seen four or more goals – the previous high for that statistic is less than a third of games.

Villa’s Ollie Watkins scored the fourth hat-trick of the season in Sunday’s 7-2 win over Liverpool – only in 2011-12 has that mark been achieved in fewer games.

On the flip-side of that attacking explosion comes an inevitably grim picture for defenders, headlined by the fact that there has yet to be a goalless draw in the Premier League this season.

The record low of 21 stalemates was set in 2002-03 and matched last season, so even if there were two on the board by now it would be on track to fall.

There have also been only six 1-0 scorelines and six two-goal games, and only 17 clean sheets kept by teams – on course to fall comfortably short of the record low, 191 in 2010-11.

That is the only time to date the figure has dipped below 200, while the last five seasons have each seen at least 207 clean sheets.

Almost one in six of the goals so far has come from a penalty, with new handball rules contributing to the chaotic start.

That campaign saw a penalty scored roughly once every four matches, with an average of 0.23 penalty goals per match – this season so far, that is up to 0.61 per match, or more than one every two games.

The fewest penalty goals ever in a completed season is 48, so this season is almost halfway to that mark already – and on track for 230, more than two-and-a-half times that previous record of 87.