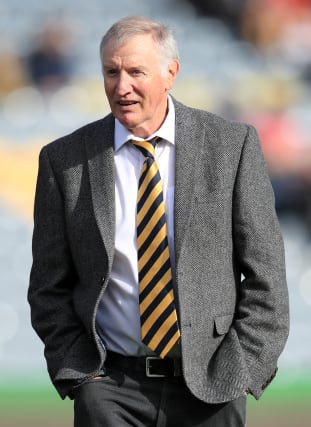 Sale have dismissed suggestions of players partying after the cup final victory over Harlequins two weeks ago, and said an internal review indicated the outbreak was likely to have been caused by an initial false-negative.

The Sale-Worcester game has been rescheduled for Wednesday night – more than 72 hours after it should have taken place – following 16 Sharks players and three staff members returning positive tests.

Sale must undergo additional testing overseen by Public Health England and an independent audit of their track and trace processes before the match can be staged, with Premiership Rugby and the Rugby Football Union also involved in the process.

It is thought that a decision on whether or not the match goes ahead is unlikely before Wednesday morning.

Results of the RFU’s investigation into Sale’s track and trace process and any possible breaches of protocol by their players could be published on Tuesday, with Public Health England also having the capacity to cancel the match.

Sale need a bonus-point victory over Worcester to book a Premiership play-off appointment with Wasps next weekend. If they win without a bonus, it will be Exeter away, and should they lose, then Sale are out and Bath progress.

“You have got to say it lends credence to what I am reading in the written media and in social media about there being late-night celebrations after the Premiership Cup – this is just stuff that I am reading – and that there was partying going on at Manchester (Met) University.

“What is concerning is that Manchester (Met) University has students who tested positive. They are in lockdown at the moment.

“The north of England is an area where the virus is on the increase. All these factors have to be taken into consideration.”

Asked if he would anticipate possible legal consequences further down the line, Solomons – a lawyer – added: “I wouldn’t anticipate anything.

“I am trusting Premier Rugby, the RFU and Public Health England to act in the best interests of the health and safety of players, staff and families.

“They can take the decision they want, and at that point we will hopefully be in a position of having all the relevant facts so we can then consider our position properly.”

There has been a widespread sense of bewilderment that Sale were not told to forfeit the game – it would have meant a 20-0 win for Worcester – as Northampton had to for their match at Gloucester after all but two members of their front-row had to self-isolate as a result of their match against Sale last Tuesday.

“That was the way I understood it that if anyone could not play a game because they had a number of players and staff that had tested positive, then they would forfeit the points and it would be (a 20-0 scoreline) given to the other team, exactly as happened with Gloucester and Northampton,” Solomons said.

“There certainly can be not even a consideration of rescheduling it again, because the semi-finals are set up for Saturday.

“Unfortunately, it is what it is. We need now to get some clarity and some certainty, and Premiership Rugby need to make a decision – obviously, working in conjunction with the RFU and PHE – and they need to make the decision on the right basis.”

Sale are adamant that if they feel the safety of any players or officials cannot be guaranteed, they will forfeit the match on Wednesday.

The club said in a statement: “Following an internal investigation, Sale Sharks refute all recent allegations made in the national press and by other leading figures from Premiership Rugby clubs, regarding Sale Sharks’ players being in central Manchester or on university campuses following the Premiership Rugby Cup final on Monday 21st September.

“Sale Sharks is unable at this moment to confirm the cause of the Covid-19 outbreak at the club. We suspect that the cause of the outbreak is related to a ‘false-negative’ test result received in respect of one of our players.

“If the club feel it is not safe to play and/or receive one additional positive test, Sale Sharks will forfeit their Gallagher Premiership round-22 match with Worcester Warriors in order to ensure the health and safety of all concerned.”