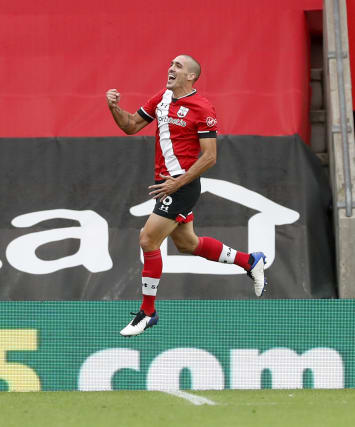 Romeu fired the ball into the back of the net in the second half to score his first goal since February 2019 and double the home side’s advantage.

In the first half, West Brom goalkeeper Sam Johnstone had made three diving saves before Moussa Djenepo put Southampton ahead on the brink of half-time.

Southampton boss Hasenhuttl had said before the game he wanted his side to concentrate and be clinical for the full 90 minutes and they delivered, despite Johnstone’s efforts between the posts.

When asked about Romeu, Hasenhuttl said: “When you see him as a professional, how he reacts when he is not first-choice, he’s one of the most professional guys I’ve ever seen.

“Sometimes he is under the radar because he makes the work nobody wants to do – closing the gaps, closing the space, winning duels, being everywhere and when he is in the moment when he can score, it is unbelievable for him.

“Since lockdown, he has played some fantastic games since then.”

Reflecting on the game, Hasenhuttl added: “I think it was absolutely a proper performance from our side, we were warned from a very organised promoted team and we showed today some good things, game management.

“The second goal was fantastic, could score a little bit more. I think the goalkeeper for West Brom had a very good day.

“In the end I think it was a very deserved win. It was a good balance between taking risks and playing behind.

“You could see that we had two weeks working together after a difficult pre-season where we didn’t have much time to work on things.”

West Brom had put their first point on the board since promotion last weekend after a 3-3 draw against Chelsea – a match in which they led 3-0 at half-time – but they struggled to create chances and challenge home keeper Alex McCarthy.

Manager Slaven Bilic said: “The result is a fair outcome of what was happening on the pitch. I was talking about the three games we have seen so far, I have seen a lot of positives but today it was lacking.

“The way we approached the game, the way we were lacking aggression and the proper mentality in the first half was really disappointing.

“We have to admit they were better from the start. In the second half we changed and it was better but then the second goal came and it made it easier for them.”