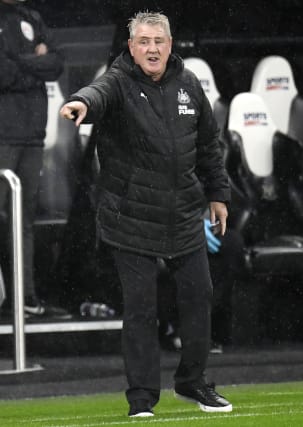 Newcastle head coach Steve Bruce is confident the club got a “fabulous” deal when it paid Bournemouth £20million for Callum Wilson.

The summer signing scored his third and fourth Premier League goals for the club in Saturday night’s 3-1 win over Burnley at St James’ Park to further justify the Magpies’ faith in him.

Wilson made it 2-1 from Allan Saint-Maximin’s cross and then converted a 78th-minute penalty to double his tally in a black and white shirt.

Bruce said: “When I see the amounts of money being spent, I think we have done a fabulous piece of business, I have to tell you.

“He’s a goalscorer and you just have to see that. There was no doubt that he would arrive in the six-yard box from Allan’s cross.

“He’s had a good start. Long may it continue.”

If Wilson claimed the headlines, he had to share them with Frenchman Saint-Maximin, whose return from a three-game absence with an ankle injury reminded his team-mates of exactly what they had been missing.

It was he who fired the home side ahead with a fine 14th-minute strike which left Bruce purring.

The 59-year-old said: “It’s been a difficult period for Allan in terms of fitness levels and getting it right, and it’s like that for a lot of players like him who rely on pace and power.

“But we’ve seen the value to him when he’s on the pitch. His goal and the assist for the second one, there was probably only Allan on the pitch who could do that.”

For Bruce, whose side sat in sixth place in the table on the final whistle having also made it to the quarter-finals of the Carabao Cup, the win provided a response to his critics.

He said: “We’re still a long way from the finished article, believe me, but I hope the Newcastle supporters can see what we’re trying to do in terms of the way we’re trying to play.

“Of course there are going to be a few hiccups along the way. When you get a couple of results, especially like the one tonight, then it always helps.”

Opposite number Sean Dyche, who had seen Ashley Westwood briefly restore parity with a beautifully-struck volley, admitted his side had not been good enough before the break.

Asked if Saint-Maximin had been to hot to handle, he replied: “Well, not too hot against our lot because first half, I could have played against them.

“The second half, we did better generally. We gave a much better performance a much sharper performance, but we gave away mistakes and we were punished by them.”

However, Dyche was less than impressed by referee David Coote’s decision not to penalise Wilson for a challenge on defender Kevin Long in the build-up to the opening goal.

He said: “Real fouls are not getting given any more. Dives and rolling around and squealing get given, but real fouls – because that’s a real foul…

“I think referees have lost the art of seeing real fouls because it’s almost like their eyes are so trained on people falling over.”