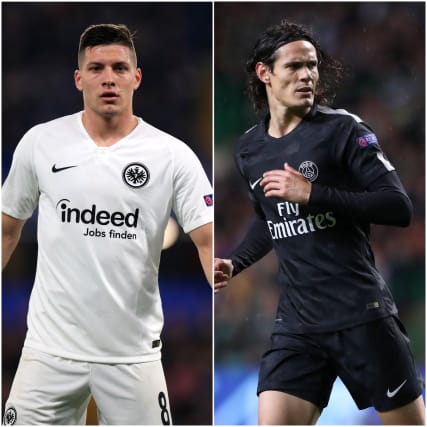 Manchester United have opened talks with veteran striker Edinson Cavani over the possibility of him joining the club on a free transfer, the Daily Mail reports. Boss Ole Gunnar Solskjaer is keen for more firepower following his side’s lacklustre start to the season and has turned his sights on the Uruguayan, who is now a free agent after the expiration of his contract with Paris St Germain. The news comes amid reports that United’s highest bid so far for Jadon Sancho – £91.3million – has been rejected by Borussia Dortmund.

Another attacking option for United is Real Madrid striker Luka Jovic, according to Spanish website AS. While firm offers for the 22-year-old Serbian are on the table from Inter Milan, AC Milan and Roma, United have now entered the fray with a loan offer. Jovic could appeal more to Solskjaer as a cheaper and younger alternative to Cavani. AS also reports the Red Devils are close to signing Barcelona forward Ousmane Dembele.

Southampton are poised to signed midfielder Joey Veerman from Heerenveen, Dutch outlet Voetbal International reports. The 21-year-old has just signed a new four-year contract with his club after a strong debut season, but now Southampton and at least one Spanish club are looking to bring him in.

Tariq Lamptey could be on his way from Brighton to Bayern Munich, according to German website Sport1. The 19-year-old Englishman has caught the eye of the German giants after several strong displays following his £3million move from Chelsea in January, with Bayern keen to close a deal by Monday.

Antonio Rudiger: Chelsea are keen to sell the defender overseas rather than to London rivals Tottenham, according to ESPN.

Vladimir Coufal: The 28-year-old looks unlikely to join West Ham after their bid for the right-back was rejected by Slavia Prague, website 90min reports.

Wolves up to sixth after narrow victory at Leeds