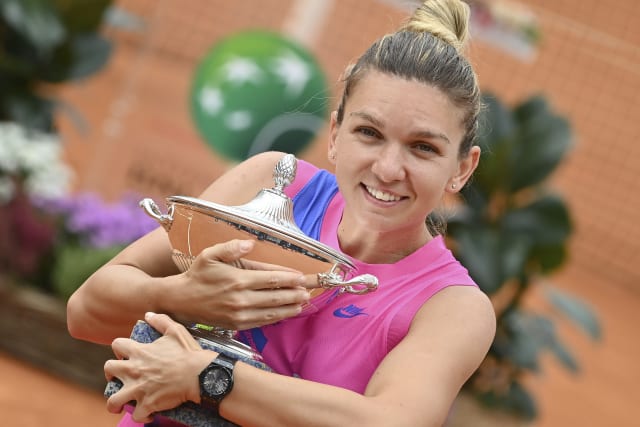 Simona Halep hopes the cold weather will not freeze her out of the title picture at the French Open.

The tournament is being played in the autumn rather than the spring this year because of the coronavirus pandemic and the build-up has seen cool temperatures and plenty of rain.

It is forecast to continue that way for the next fortnight, where top seed Halep will look to regain the title she won in 2018.

The Romanian said: “It’s nice to be back in Paris. I love this tournament. I love this place. But it is a little bit too cold. Hopefully we get used to the weather.

“I feel good. I feel confident. But you never know. So I will take it day by day and I will try to give my best every day to get ready for the tournament.

“I’ve been number one seeded in the past. So I take it in a right way, and I take it as a normal tournament. So no extra pressure for me, it’s just a positive pressure that I have.”

Halep is certainly the in-form player having won the Italian Open title in Rome on Monday to extend her winning run to 14 matches dating back to February.

But the conditions are expected to favour the heavy hitters and could work against the nimble Halep.

“When it’s cold, it’s a little bit heavier and a little bit different,” she said. “It’s a big difference between Rome and here, that’s for sure. I feel the cold. I feel like I’m struggling a little bit. But for everybody it’s the same.

“I don’t really get the feeling, exactly the feeling, I should have in two or three days because I practise only about one hour, one hour and a half. After these two days that I still have for practice I will know better.

“Every time I play on these courts I like it because they are a little bit harder and the ball bounces a little bit more. The conditions are good for me, in my opinion. I keep the positive way of thinking.

“To play Roland Garros in September, it’s a little bit weird. But it’s nice that we have the chance to play at this tournament. We should actually thank everyone for fighting so hard to make it possible. Let’s see now who is going to be ready for it.”

Halep chose to skip the US Open to continue her preparations for Paris and, like in New York, a number of the top women players will be absent.

US Open champion Naomi Osaka chose not to travel to Europe and to rest her injured hamstring while defending champion Ashleigh Barty has remained at home in Australia throughout.

Fellow top-10 players Bianca Andreescu and Belinda Bencic are also absent, leaving six of the top 10 to battle it out.