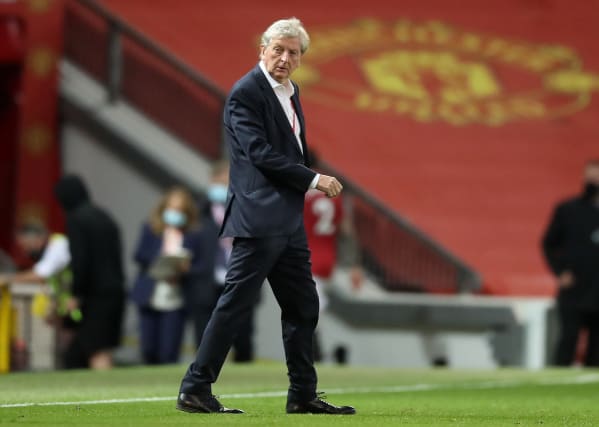 Roy Hodgson has shrugged off Crystal Palace’s stunning start to the new Premier League campaign but admitted it has lifted some of the pressure as the 73-year-old digs in for the long haul at Selhurst Park.

Successive wins over Southampton and Manchester United have seen the Eagles soar to a 100 per cent start as they prepare to face Carlo Ancelotti’s similarly resurgent Everton in south London.

Hodgson said: “It’s always nice to get off to a good start but I’m far too conscious of the fact that it’s a 38-game season and two in 38 is not a great proportion.

“I also think a good season comes about when you produce at the end, that final spurt of eight games is often the one that in my experience has kept a team in the league or can lift you up a league.

Much has been made of the new-look Palace line-up but Hodgson insisted his side’s current form ought not to be seen as too much of a surprise given the level of performances at the tail-end of the last campaign.

“We had a difficult spell not least because of injuries and some of the teams we faced in those games, and some of our performances were far from poor,” added Hodgson.

“On other occasions we might have taken more than nine points, so there wasn’t a need for an enormous transformation. It was a case of keeping things going, and we have been able to bring in two more players who have made a difference to our attacking phase of play.”

Hodgson confirmed another striker, Christian Benteke, is back training with the squad and is available to feature against Ancelotti’s men.