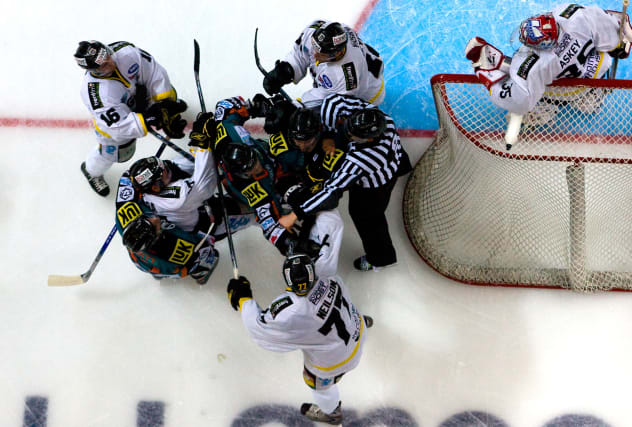 British ice hockey chiefs believe their sport is braced to buck the trend of coronavirus calamity and emerge stronger from the government-ordered six-month spectator shutdown.

Football clubs from the Premier League downwards, as well as officials across other leading sports, have warned of mass bankruptcies unless the rules are eased or financial rescue packages are forthcoming.

But a combination of foresight and sturdy business models has left ice hockey’s 10 Elite League clubs in good shape to sit out the current campaign – and talks are even ongoing to expand the competition once it finally resumes.

Elite League chairman and Sheffield Steelers owner Tony Smith told the PA news agency: “We were able to forecast quite correctly that there was going to be no season, and we were the first league in Europe to cancel.

“We were strong enough to say it was not going to happen and let’s mothball everything until possibly January or February, although with this week’s news there is likely to be no point in restarting until August next year.

“Our clubs themselves are very robust, and I don’t think any of them are worried about closing down for a year.

“The 10 clubs that are with us now have been with us for quite some time, so it is important we make the point that we are strong and that we fully expect to grow and go forward with at least 10 clubs next season.”

Ice hockey officials are still in talks with the Government over the impact of the shutdown, but unlike other sports, their club business model means they are not pushing for a reversal of the ban on the partial return of spectators.

The Steelers regularly attract crowds over 8,000 and Smith estimates the club would require an ability to fill their stadium to at least 50 per cent capacity in order to make it financially viable – meaning a longer-term absence is the only realistic option.

“You’ve got to take the positives out of this,” insisted Smith. “There were some dark days for this sport in the Super League era but everybody has pulled together, the harmony in the boardroom is better and all the businesses are much stronger now.

“We get zero financial help from anyone – we are a self-controlled sport and we have not been reliant on outside financing. All the clubs have fantastic links with their communities and everyone is fully committed to the 2021-22 season and moving forward.”