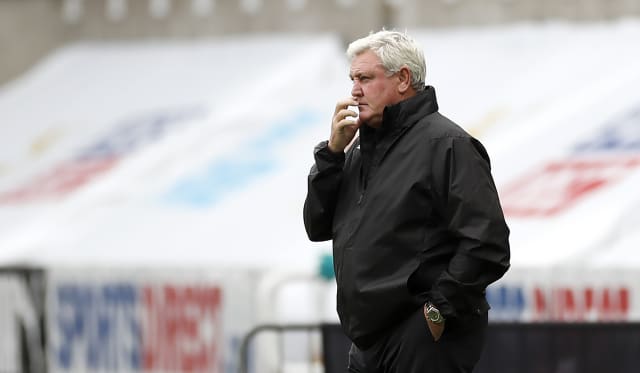 Steve Bruce will dust himself down after a weekend mauling before attempting to guide Newcastle into the fourth round of the Carabao Cup.

The Magpies boss and his players came in for severe criticism after they were dismantled by Brighton on Sunday in a 3-0 Premier League defeat which took much off the gloss off a fine display as they secured victory at West Ham eight days earlier.

They will head for Sky Bet League Two side Morecambe on Wednesday evening with something to prove, and no one more so than the man in the hotseat.

Bruce said: “I’ve got a decision to make – and let’s be honest, I got the decision wrong at the weekend because we were beaten. If you pick and team and are beaten, it’s the manager’s fault, it’s as simple as that.

“It’s the way the Premier League is now, so we’re not alone in it, especially these days. Everything is broadcast, everything is laid bare for everybody to see.

“You have to admit when you don’t play well enough and when you look an analyse it, we were nowhere near to the level we were the week before.”

Bruce will make changes once again at the Globe Arena – he made 10 for the second-round victory over Blackburn – and the injured Jamal Lewis and Allan Saint-Maximin are unlikely to be the only men to make way.

The reward for the winners is a fourth-round trip to either Newport or Watford, but Bruce is counting no chickens despite the Shrimps’ 5-0 drubbing by Cambridge on their own pitch on Saturday.

He said: “They’ve had as disappointing a weekend as we had, but let’s be fair, it’s their cup final. Their lads will be absolutely champing at the bit to play against a big Premier League team.”

Newcastle head across the Pennines with much of the North East living under tighter coronavirus restrictions and with Orient’s clash with Tottenham in doubt after several of their players tested positive for Covid-19.

Football League clubs no longer have to carry out mandatory testing and Spurs had paid for the checks, although Bruce confirmed the Magpies had not made a similar offer.

He said: “The way the Premier League and the Football League see it is actually when you’re on the pitch, it’s very, very difficult to transmit any disease. It’s in stadiums and places like that, so we’ll do our best to make sure that we try to stay safe.”