Sports organisations fear for future without the return of paying spectators 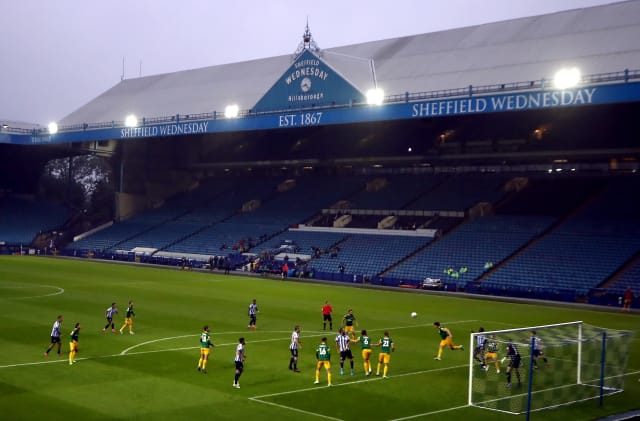 Sports organisations and clubs are fearing for their futures after being told they could face several more months without paying spectators.

The Government announced on Tuesday plans to allow a phased return of fans to sporting events from October had been put on hold in one of a series of tighter measures to battle the coronavirus pandemic.

With Prime Minister Boris Johnson saying the latest measures could remain in place for for “perhaps six months”, the sports sector will almost certainly need Government support to prevent widescale damage from professional to grassroots levels. A huge variety of clubs, associations, competitions and jobs could be in peril.

Sports governing bodies held an emergency meeting with Oliver Dowden, Secretary of State for Digital, Culture, Media and Sport, on Tuesday to discuss the ramifications of the delay in spectators returning.

Bill Sweeney, chief executive of the Rugby Football Union, issued a stark warning on behalf of his sport.

He said: “Premiership and Championship Clubs will face significant financial hardship. Our community rugby clubs, many of which run grounds at the heart of their communities, are under threat.

“From the outset we have been clear that an autumn without crowds would leave us with little choice but to approach Government for financial help.

“Unfortunately, we are now in that position. Without support we are in danger of clubs at the heart of communities across England, as well as players and volunteers, disappearing forever.”

The absence of gate income from England internationals at Twickenham alone, in both the autumn and next year’s Six Nations, could see the RFU lose more than £100million.

It could be a similar picture in football below the wealthy Premier League. EFL chairman Rick Parry has said clubs could lose a collective £200million if the entire 2020-21 season has to be played behind closed doors.

Dale Vince, chairman of League Two club Forest Green, said the loss of fan revenue was “a major additional impact that many clubs will not be able to withstand”.

“If I had to say who are the real villains here, it’s the Government,” Travis told BBC Radio 5 Live. “Every week they chop and change their minds about what’s happening with football.

“What the Government needs to recognise is if they want live sport they’re going to have to support it and other sports financially.”

Fleetwood head coach Joey Barton admits he is scared by the scenario which is unfolding.

“There is an Armageddon that is about to happen down here which is going to destabilise a lot of clubs,” said Barton, whose side play in League One.

“It really, really scares me. People are getting discarded and made redundant and clubs are being closed and that is just wrong. Absolutely wrong.”

It is understood the Government’s position remains that the Premier League should find a way to provide financial aid to the EFL and talks between the two competitions over a rescue package are ongoing.

However, even the Premier League has warned the situation is starting to have a “devastating impact” on its clubs and communities.

English cricket recently revealed it had lost £100million as a result of the pandemic and that could double with further disruption next year.

A statement from the England and Wales Cricket Board read: “The impact of having to stage cricket behind closed doors again next year would be severe.”

And Rugby Football League chief executive Ralph Rimmer said it was likely that “with losses at up to £2million a week, and continued uncertainty, there will be job losses” across rugby league.

Dowden has promised to work with sports to try to limit the damage.

He tweeted: “I’ve just held a meeting with major spectator sports to discuss today’s decision to help contain the virus through winter.

“We agreed to work together to help them through this difficult period.”