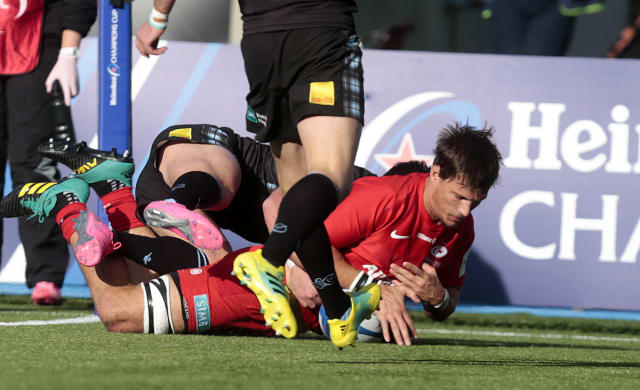 Saracens flanker Mike Rhodes has had a citing complaint against him dismissed by an independent disciplinary committee.

Rhodes was cited for headbutting Leinster centre Robbie Henshaw during his side’s Heineken Champions Cup win on Saturday, but a panel dismissed the charge.

A statement read: “The Committee decided that Rhodes had committed an act of foul play, however, it was not proven to the required standard that contact had been made to Henshaw’s head.

“The Committee concluded that the act of foul play did not warrant a red card and the citing complaint was therefore dismissed.”

Rhodes could have faced a penalty ranging from six weeks to a maximum 104 weeks if the citing had been upheld, but instead is able to play immediately, subject to a potential European Club Rugby appeal.