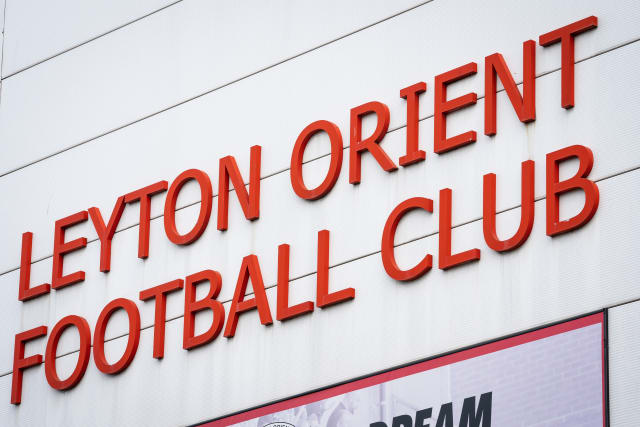 Leyton Orient’s Carabao Cup tie with Tottenham remains highly unlikely to go ahead after a number of players at the Sky Bet League Two club tested positive for coronavirus.

Spurs were due to visit in the third round on Tuesday night for a 6pm kick-off, but the PA news agency understands it is almost certain to be called off, with the O’s closing their Breyer Group Stadium and training ground until further notice.

According to English Football League rules, Spurs will receive a bye to the fourth round where they will meet Chelsea or Barnsley.

There was still no official announcement from the governing body less than six hours before the scheduled kick-off as they waited for advice from Public Health England.

Orient announced the positive cases on Monday lunchtime, with PA understanding that Spurs paid for the testing, which took place after their game with Mansfield on Saturday.

EFL clubs no longer have to conduct mandatory tests on their players and staff for Covid-19 on a weekly basis this season, as is still the case in the Premier League.

The League Two club will bow out of the competition if the game does not go ahead, as per competition rules.

They read: “A club which is unable to fulfil its obligation to complete a competition match in round one to (and including) round four due to either: 5.1.1 that club’s player(s) having returned a positive CAT result and self-isolating in accordance with the action plan set out in the return to play/return to training protocols resulting in the club not having a sufficient number of players to fulfil the fixture; or 5.1.2 any requirements or directions of the UK government and/or by any public authority, shall forfeit the fixture, pay the opposing club’s expenses in accordance with Rule 5.8 and the opposing team shall receive a bye into the next round of the competition.”

Spurs would welcome the cancellation as they played on Sunday at Southampton and will travel to Macedonia on Wednesday for their Europa League qualifying third round tie with Shkendija.