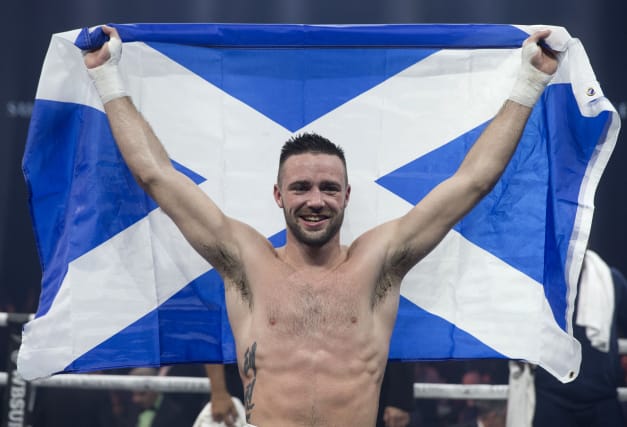 Josh Taylor is adamant his 11-month career lockdown has done him the world of good as he prepares to return against unbeaten Thai Apinun Khongsong at York Hall in Bethnal Green on Saturday.

The unbeaten Scot can ill afford any slip-ups in defence of his WBA Super and IBF light-welterweight titles with a prospective unification clash against Jose Ramirez potentially awaiting next year.

The 29-year-old last laced on the gloves last October when he defeated Regis Prograis and returns with a new trainer in former Tyson Fury mentor Ben Davison as he fights under Bob Arum’s Top Rank banner for the first time.

Taylor said: “It was probably my first real break from boxing since I turned pro five years ago and it’s just been fight after fight and just grinding it out in training all the time.

“I’ve been relaxing and switching off from boxing, and it was a pretty good time to sit and reflect on what I’ve achieved in the sport in such a short space of time, and have a bit of pride in what I’ve done.

“I was able to have a little bit more time with Ben and get to know him.

“We clicked straight away and I think this chapter in my career is going to be even better than my first one.”

Despite boasting an unbeaten record, Khongsong is little known outside his home country and not expected to trouble Taylor, but the Scot will be taking no chances with such a big prize at stake.

Arum raised the prospect of staging a future showdown between Taylor and Ramirez in Taylor’s home city of Edinburgh, which gives the former Olympian even greater incentive to get the job done in style on Saturday.

“Jose Ramirez said to me he doesn’t care where the fight is, where ever it’s economically better to do the fight.

“Whether that means Scotland or London or back in the United States, wherever the fight makes the most sense, the fight will happen.”