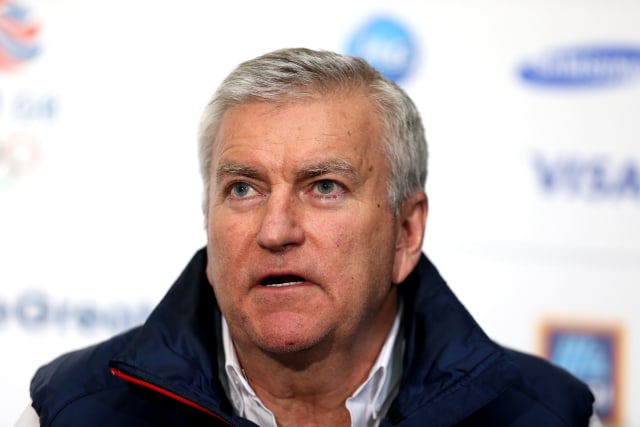 English rugby stands on the edge of a precipice after club and country announced they are seeking Government bailouts to avoid financial ruin caused by new restrictions on fans attending matches.

The Rugby Football Union is forecasting losses totalling £106 million as a result of measures designed to limit a second wave of coronavirus infections that will prevent Twickenham from hosting fans for up to six months.

Chief executive Bill Sweeney has revealed a perilous financial outlook as a result of a £122 million reduction in revenue for the forthcoming Autumn Nations Cup and £138million for the Six Nations.

The impact of these are losses of £46millon and £60million respectively, forcing the world’s richest union to request state aid.

And the English top flight has followed suit, Premiership Rugby asking for a “rescue package” after warning of “irreparable damage to our clubs” by the absence of crowds for the the foreseeable future.

The RFU and Premiership Rugby attended a meeting of major sports with Oliver Dowden, the Secretary of State for Digital, Culture, Media and Sport, immediately after Prime Minister Boris Johnson had announced the new restrictions.

Sweeney was present to outline the gravity of the situation at Twickenham and in a bleak statement, warned of the possible consequences if assistance is not provided.

“From the outset we have been clear that an autumn without crowds would leave us with little choice but to approach government for financial help. Unfortunately, we are now in that position,” Sweeney said.

“Without support we are in danger of clubs at the heart of communities across England, as well as players and volunteers, disappearing forever.”

Sweeney, who also revealed that the community game is facing a plunge in revenue of £86million, added: “Premiership and Championship Clubs will face significant financial hardship. Our community rugby clubs, many of which run grounds at the heart of their communities are under threat.”

Premiership Rugby chief executive Darren Childs revealed what is at stake as the second wave of the coronavirus pandemic threatens financial oblivion across a number of sports.

“We look forward to working with Government on a rescue package for professional club rugby in England and we will continue to seek innovative ways to overcome these challenges to ensure premiership rugby and its clubs have a future,” Childs said.

Gloucester chief executive Lance Bradley offered a similarly grim outlook for the Premiership, even questioning whether its existing structure could withstand such losses.

“I don’t want to sound over-dramatic but it can’t be for six months if we want to have professional rugby survive in the format that we know,” Bradley told the PA news agency.

“At Gloucester we had plans for when fans would come back and we planned for some to be back at the start of the new season and for more to be back come in January.

“It’s a big problem for us not to have fans in grounds because it’s about a third of our income. We can’t just shut everything down for six months.

“If we’re not allowed to have fans for an extended period, then some kind of financial support to overcome that would certainly help.”

Bradley’s view was echoed by Saracens director of rugby Mark McCall, who believes the impact of continuing to play behind close doors will extend into the Test arena.

“It doesn’t take a genius to guess that if England don’t get crowds during the autumn and the Premiership don’t start having crowds before Christmas, it’s going to be a really worrying time,” McCall said.

“That will be for the international scene and also the club level. It’s obviously very serious. Everyone needs fans in to get some revenue.”