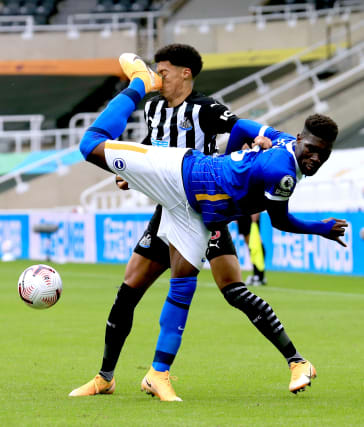 Goals flowed in the Premier League with Everton, Leeds, Tottenham and Leicester prolific on their way to high-scoring victories while some supporters were able to attend matches in the English Football League.

There were wins for Arsenal and Liverpool, but Manchester United were left stunned after a 3-1 loss to Crystal Palace at Old Trafford.

Off the pitch, there was excitement at Spurs as Real Madrid’s Gareth Bale completed a return on a season-long loan while Premier League champions Liverpool secured the services of Thiago Alcantara from Bayern Munich.

Further down the football pyramid, Norwich fans saw their side fight back to draw at home to Preston with a crowd of 1,000 recorded as part of seven EFL test events.

Spectators were present at other sporting events too, such as the PDC World Series of Darts Finals in Salzburg and the Italian Open.

The Tour de France and US Open culminated while rugby union clubs were in European action with English teams recording some famous victories.