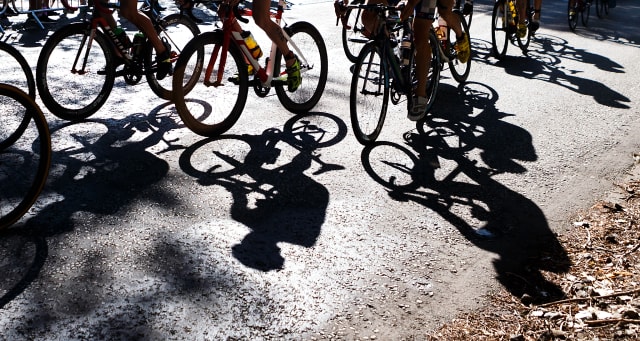 British triathlete James Teagle has praised an “incredible” display of sportsmanship by an opponent who allowed him to cross the finishing line head of him after he had taken a wrong turn.

Teagle was in pole position to claim third place at the Santander Triathlon in Spain last weekend when he missed the finish chute during the closing stages of the race, allowing Diego Mentrida to pass him.

However realising what had happened, the 21-year-old Spaniard waited for the Briton and let him pass, and his actions have since attracted widespread praise.

“I missed the finish chute in a triathlon in Spain. After around 50m I realised and sprinted back. By that point @diegomentrida was 50m from the finish chute and we ended up sprinting for the line. I crashed into the barrier and thought it was over.

“@diegomentrida then did the unexpected… Having seen what happened he stopped and allowed me to pass showing incredible sportsmanship and integrity!

“A video of this has now gone worldwide and been picked up by loads of media outlets.

Moral of the story is that sportsmanship is a highly regarded trait?”

Mentrida later told Eurosport he had done what he did because Teagle “deserved” his place on the podium.

He said: “When I saw that he had missed the route, I just stopped. James deserved this medal.”

Footage of the incident has been shared widely on social media and Mentrida’s actions have been applauded with Liverpool’s former Real Betis keeper Adrian among those to hail his compatriot’s actions.

Teagle’s wrong turn may have catapulted him into the headlines, but it also acted as a salutary less.

He said: “And British kids pay attention in language class.. or you may end up looking like a fool worldwide.”