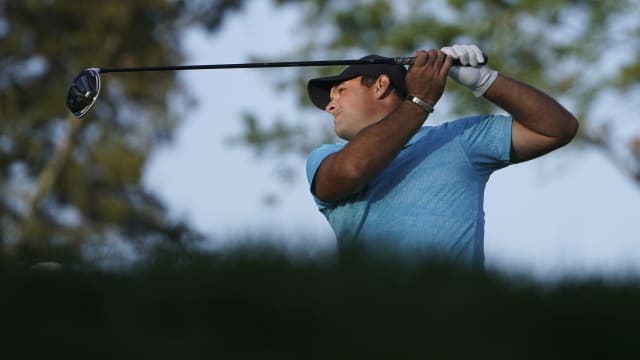 When Patrick Reed won the WGC-Mexico Championship in February he promised to “block out all the noise” surrounding him.

So it was perhaps fortunate for the former Masters champion that no spectators were on site as he sought to convert a slender halfway lead into a second major title in the 120th US Open at Winged Foot.

It would be a considerable understatement to say that New York sports crowds are not exactly reticent to loudly share their opinions, usually derogatory, wherever and whenever they see fit.

During the US Open at Bethpage in 2002, Sergio Garcia was told to “Hit it waggle boy” as he went through his pre-shot routine of gripping and re-gripping the club, while Colin Montgomerie was “complimented” on his ‘man breasts’ – albeit in rather more direct language.

So who knows what they would have made of Reed following his most recent controversy, namely the two-shot penalty he received during the Hero World Challenge in December.

Reed said he had not intended to improve his lie by removing sand behind his ball during two practice swings but that explanation cut little ice with many players, including former world number one Brooks Koepka.

In an interview with Sirius/XM during a promotional tour for the PGA Championship, Koepka said: “I don’t know what he was doing, building sand castles in the sand, but you know where your club is.

“If you look at the video, he grazes the sand twice, and then he still chops down on it. If you play the game, you understand the rules.”

Those comments were swiftly followed by the release of a No Laying Up podcast with former CBS commentator Peter Kostis, who said he had witnessed Reed improving his line of play in the rough.

It was not the first time Reed’s conduct had come in for severe scrutiny and his past was thrust into the wider spotlight when he won the Masters at Augusta National in 2018.

Reed had helped Augusta State win two NCAA titles and his parents still live in the area, but he has been estranged from them for several years and was described by his sister Hannah as a “selfish, horrible stranger” in a Facebook post in 2016.

And that is not the only intriguing aspect of Reed’s chequered past, which saw him leave the University of Georgia after one year amid accusations – which Reed strongly denies – of cheating and even theft from his team-mates.

“None of it’s true, and we have coaches that even back it up,” Reed said in a Golf Channel interview in 2015. “And if any of it was true, then the coaches would know about it.

“Everyone knows why I got kicked out of UGA. Because of two drinking incidents.”

Whatever the truth of the matter, there can be no denying Reed is a polarising figure – either the fearless, swashbuckling “Captain America” of his first two Ryder Cup appearances or a brash, cocky upstart.

His comments that he believed he was a “top five player in the world” after winning his third PGA Tour title did not go down well, while he was fined by the PGA Tour after being caught on camera swearing at himself and using language which could be interpreted as being homophobic.

The following year Reed came second to Bubba Watson in an ESPN players’ poll ahead of the Masters which asked 103 tour professionals which player they would not help in a fight in the car park.

For Reed’s part, he seems content with his close inner circle of wife Justine and her brother Kessler Karain, who is also his caddie.

And as his former Ryder Cup partner Jordan Spieth said after the final round of the 2018 Masters, he also has a green jacket and his name “etched in history”.

Victory at Winged Foot on Sunday would almost certainly secure Reed a place in the World Golf Hall of Fame, warts and all.