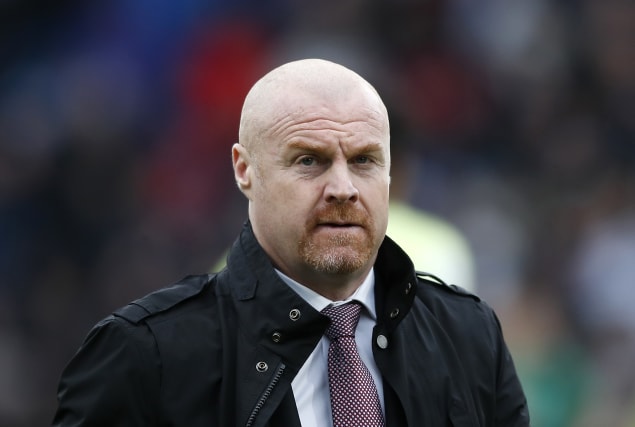 Burnley boss Sean Dyche has described the club’s approach in the transfer market as having often been “lastminute.com”.

With their 2020-21 Premier League campaign starting on Sunday at Leicester, the Clarets’ only senior signing since the end of last season has been goalkeeper Will Norris from Wolves.

Dyche said at his pre-match press conference: “Different clubs have different models. I have to accept that, I have done for the eight years I have been here.

“Ours has often been ‘lastminute.com’; sell first, buy second, that kind of thinking. That’s the way the club is.

“When you know what you have to manage, you manage it the best you can. We work from zero upwards – at least we know that is the case.”

Dyche saw a number of players depart the club earlier this summer with their deals at an end, while others are unavailable at the moment due to injury.

And he says he feels Burnley are “a couple of players short, at least, if not more.”

Asked how confident he was about getting a couple of players in, he said: “We kind of wait and hope.

“You go and say ‘this is what we need, can we do it?’ and wait and see what the chairman and the board are going to do. It’s an often tricky way of working, but in balance to that, we’ve made it work.

“There’s nothing that is imminent. There are obviously ideas and thoughts, but there’s certainly nothing we can push on with at the moment.”

He added: “We’ve often signed fourth and fifth drafts if you like, on our lists.

“The players that come in are often hungry players, who want to work and prove they are worthy and capable of the Premier League.

“I’ve enjoyed that side of it but it does get tricky. It is a hard way of working, a very tricky, delicate way of working. We’ll have to wait and see.

“The chairman and the board are well aware of what needs to be done, it’s just whether they’re going to find the resources to do it. It’s with them really to make those decisions.”

Dyche also once again spoke about Burnley defender James Tarkowski – the subject of three failed bids from West Ham and also reportedly attracting interest from Leicester – being worth a “considerable” amount of money.

“He is a player that I definitely want to be here and unless something happens that is out of my control financially then he will be here,” Dyche said.

“It’s absolutely no surprise to me that there is people interested – that’s what happens when you are a good footballer at a good club. I’ve got nothing else in my thoughts than he’ll be here.

He added: “I think it is fair to say, if you tried to use some of the markers in the market, he is worth a considerable amount of money.”

Tarkowski will be assessed ahead of the weekend’s game after sitting out Thursday’s Carabao Cup tie against Sheffield United with a toe problem.

Ashley Barnes (groin), Ben Mee (thigh) and Jack Cork (ankle) are sidelined, along with Johann Berg Gudmundsson, who was carried off on a stretcher on Thursday following a challenge from Jack Robinson.

Dyche said Gudmundsson sustained medial ligament damage in his knee but the injury is not as bad as first feared.

“There is no timescale yet but hopefully it should settle down sooner rather than later. He has got lucky I think,” Dyche said.