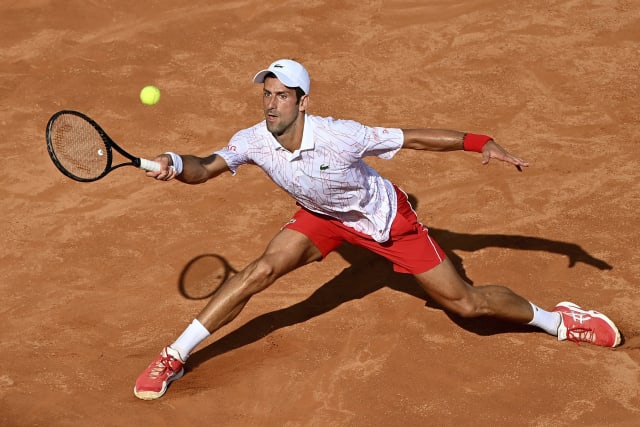 Novak Djokovic survived a very close first set against Serbian compatriot Filip Krajinovic before moving through to the quarter-finals of the Italian Open in Rome.

The world number one has not lost to a countryman since 2012 but that looked a real possibility when Krajinovic, who has improved substantially this season, led 4-1 in the first-set tie-break.

The top seed said: “It was definitely one of the longest sets I think I have ever played. Never easy, I think, emotionally to play against someone that is one of my best friends for many years.

“I knew he’s in great form and, obviously, my second match on clay, I still haven’t started this match the way I really wanted to. I made a lot of unforced errors, but also credit to him for being aggressive and pushing me to the limit.

“I think the first set could have gone a different way, as well. Fortunately for me it went my way and that has allowed me to swing through the ball a bit more in the second set.”

In the last eight, Djokovic will face German qualifier Dominik Koepfer, who ended the brilliant run of 18-year-old Italian Lorenzo Musetti with a 6-4 6-0 victory.

Musetti came through qualifying and beat Stan Wawrinka and Kei Nishikori in his first two main-draw matches but ran out of steam here.