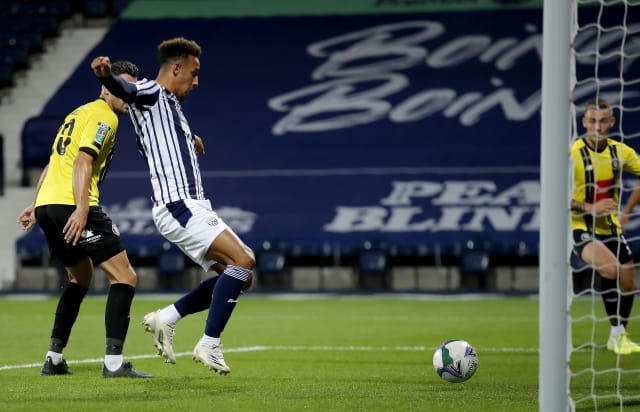 Rekeem Harper, Hal Robson-Kanu and Callum Robinson scored to clinch a 3-0 win and a spot in the third round.

The Baggies will host Brentford or Southampton next week.

Albion lost their Premier League opener 3-0 to Leicester on Sunday and Bilic was pleased to get their season off the mark but wanted more goals.

He said: “It’s always nice to win games. We scored two wonderful goals, the effort was there, the quality in the second half was there.

“The only negative was we should have scored more goals. We are through and it’s good for the guys who didn’t play against Leicester because we will need them in the Premier League.

“The whole team, especially the back four, were on the front foot.

“Scoring is good especially for the strikers, it gives you confidence. We know what strikers are all about, it’s always about goals. It’s good for the strikers to score goals. They love it.

“It’s important for Hal and Callum, they are off the mark and they are more confident.”

Harper opened the scoring after 18 minutes when he drilled into the bottom corner from 18 yards.

Aaron Martin and Mark Beck were both denied by David Button but Harrogate could not recover.

Warren Burrell cleared off the line from Charlie Austin in the second half before Robinson wrapped up victory, tapping in Kyle Edwards’ cross from close range.