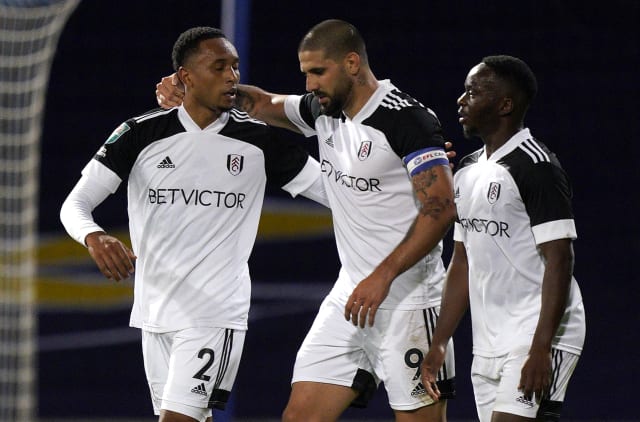 Scott Parker described Aleksandar Mitrovic as “vitally important” for Fulham after his goal sent them into the third round of the Carabao Cup in a 1-0 victory over Ipswich.

Named as stand-in captain on his 26th birthday, the Serbian capped off the day with a powerful header past goalkeeper David Cornell to give his side a crucial first-half lead.

The goal was also Mitrovic’s 50th for the club on his 102nd appearance since joining Fulham from Newcastle – initially on loan – in January 2018.

“His last start was Wigan away, which was some months ago,” Parker said when asked about the striker’s fitness, after he started on the bench during a 3-0 defeat to Arsenal on Saturday.

Parker added: “When the ball comes in at that quality I was standing there thinking ‘if that’s on his head it’s going in’. That’s exactly where he finishes.”

The Fulham side also had a number of debutants, including Alphonse Areola, Mario Lemina, Kenny Tete and Antonee Robinson, and Parker also hailed their contributions.

“The debutants did very well,” he said. “The keeper didn’t have a lot to do, but both full-backs were outstanding. They provided a good attacking threat with a lot of speed and put good crosses into the box. The goal came from that. And Lemina showed his quality.

“They showed what they are going to bring to this team with their quality.”

Paul Lambert praised his Ipswich side for a close-fought contest despite the defeat.

Speaking after the game, he said: “I couldn’t have asked any more. We were, I thought, really good.

“We saw Fulham’s team sheet and we put a strong side out there, but they have so many great players there Fulham – they’re a really great team and really strong.

“But we went toe to toe with them and I thought we were excellent, some good play, some guys playing for the first time which was really good and every one of them faced it today, so I thought there were some really good performances.”