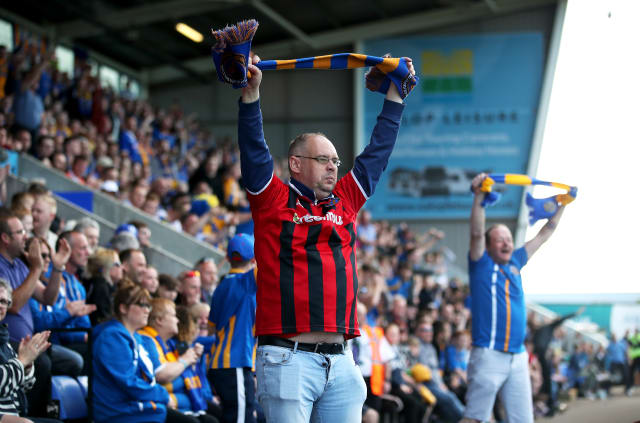 The English Football League has told its clubs “the next 48 hours are critical” as discussions continue between sports governing bodies and the government over the return of fans to stadiums.

The government had set October 1 as the date when spectators could be allowed to return to venues at 25 per cent capacity on average, but that is under review after a spike in coronavirus cases nationwide.

The EFL’s head of policy John Nagle has written to the 72 member clubs setting out what happens next.

“We now understand that the next 48 hours are likely to be critical in terms of determining the direction of travel on this issue,” Nagle wrote in a letter which has been seen by the PA news agency.

“Amongst other things, this will include a meeting between the Secretary of State for Digital, Culture, Media and Sport, Oliver Dowden MP and senior administrators from across sport, which will be attended by EFL chairman Rick Parry.”

The letter states that EFL clubs will make a collective loss of £200million if fans do not return in the 2020-21 season, and have already lost £50m in gate income from last term.

“Failure to (allow fans to return), or to at least provide any credible roadmap back to the return of fans in the near future, could have catastrophic consequences for many football clubs and the communities they represent,” the letter warned.

The EFL said on Tuesday it remains in talks with the government over staging pilot events – which are now limited to a maximum capacity of 1,000 – this month.

An EFL spokesman said: “The league is clear in its view that social distancing can be applied safely in football stadia and that having crowds at matches is an absolutely essential part of helping to protect club finances, which remain under extreme pressure.

“Therefore, the successful delivery of further pilots will be an important step towards getting larger number of fans into grounds safely.

“The EFL will continue its dialogue with DCMS and the SGSA (Sports Grounds Safety Authority) to ensure that evidence and insight secured from these events helps to inform the government’s position on welcoming back supporters post October 1.”

Cambridge’s Sky Bet League Two fixture against Carlisle last Saturday had been earmarked as a pilot event capped at 2,000 capacity prior to the change in policy. However, the match had to be played behind closed doors when the 1,000 cap was imposed, because of concerns over fans attending with invalid tickets.

The Premier League has said its clubs will not participate in pilot events while capacity remains limited to 1,000, stating such events would be “heavily loss-making”.

It has written to the government urging it not to delay the return of spectators beyond October 1.

Premier League chief executive Richard Masters said last week that if capacities are capped at an average of 25 per cent for the whole of this season, his clubs would lose £547m.

He also said talks with the EFL over providing it with additional funds were continuing.