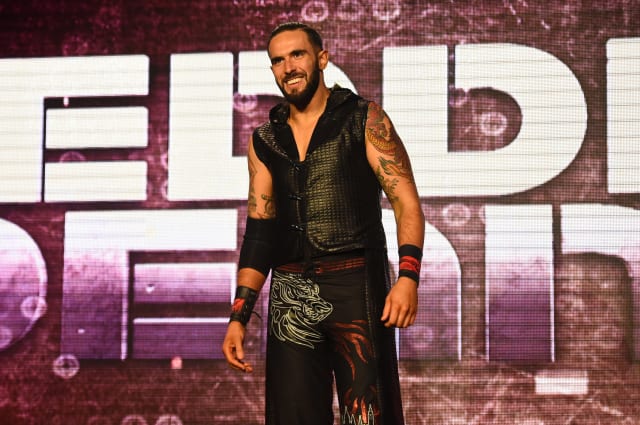 Former head teacher turned professional wrestler Eddie Dennis is full of sympathy for those in schools trying to educate while dealing with the coronavirus pandemic.

Swansea-born Dennis, 34, worked as a maths teacher before becoming a headmaster as he wrestled in his spare time.

In 2016 he left the world of education to go full-time in the wrestling business and is now one of the most well-known names in NXT:UK – the British arm of World Wrestling Entertainment (WWE).

The Covid outbreak saw wrestling shows cancelled across the world but NXT:UK will return on Thursday on the WWE Network and for the first time on BT Sport.

But, while Dennis admits it has been difficult to spend so long away, he said he feels more for the teachers he knows will have had to work extremely hard during a difficult time.

“All I can do is to sympathise with my colleagues who went through it because I cannot imagine how difficult the whole time was for the teaching community,” he told the PA news agency.

“I was reading on the news about how people had a newfound respect for teachers – as a head teacher, the level of autonomy that head teachers have been given to try and navigate safely returning the children to education is mind-melting, I do not envy any one of them.

“Selfishly, I am glad to have got out of the occupation when I did, because this is the kind of thing that would have driven me out of it otherwise.”

During the enforced postponed of wrestling shows, there were reports that WWE may look to dissolve NXT:UK to keep down costs.

Instead, they have planned a comeback and will now operate from a purpose-built studio based at the BT Sport headquarters in Stratford.

“When all you read on the news and when you’re watching television is about furloughs and redundancies – I couldn’t lie and stand here and say that it didn’t go through my head,” Dennis replied when asked if talk of NXT:UK closing had crossed his mind.

“But in all honesty, the organisation have never, ever given us any kind of indication that that would be the case.

“They’re an American organisation that have put out content for a worldwide audience for, I don’t know 20 or 30 years now – we’re the first time that they looked for regional content.

“This is the first time they’ve ever done anything like this and with a globalisation strategy for an organisation, for NXT:UK to be successful I would imagine is absolutely key in being able to replicate this system in different markets.

“I want to ride this wave, as far as it can go. So I want us to be a prominent fixture on BT Sport I want it to be that it’s something that people tune in to weekend we got to watch our products – a legitimate fourth brand of the company if you like and I’m riding that wave of being an integral part of that roster and that team.”

:: Watch the relaunch of NXT:UK this Thursday at 8pm on the award-winning WWE Network.