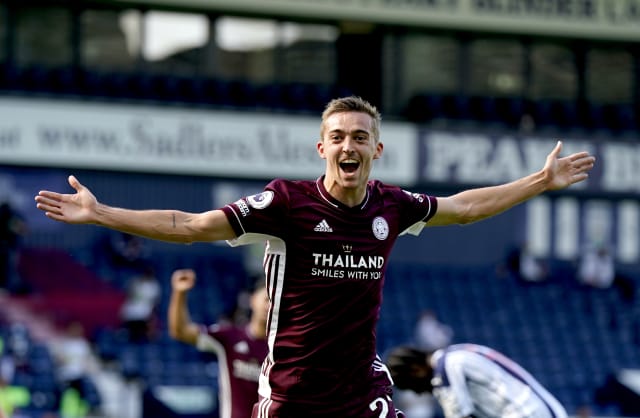 The left-back scored the opener in his first Premier League game for the Foxes at The Hawthorns on Sunday.

It was the perfect start to their new campaign, with Jamie Vardy also netting two penalties.

Castagne, who joined from Atalanta in a deal worth £21.5million this summer, told LCFC TV: “In some games, it’s like this. You have to choose the moments and also, we have to find the weak spots of the opposing team and we could find it in the second half.

“We did it well, and that’s why we won. We kept playing, we kept trying, and in the end, we didn’t give anything away and scored three goals.

“Also, the most important thing is we won. We don’t get goals against, so it’s a team effort and I’m obviously very happy with my goal.

“The manager said at half-time that we have to play faster. Also he gave us some tactical things we should try or change.

“Obviously, it worked out pretty well, so that was good.”

Defeat reminded the Baggies what they face after returning to the top flight after a two-year absence.

They are expected to complete the signing of ex-Chelsea defender Branislav Ivanovic soon to add much-needed Premier League experience.

Boss Slaven Bilic conceded Albion were not up to speed against the Foxes but insisted they will improve.

“The message will be to remain upbeat. It is just one game and Leicester are a good team,” he said.

“We’re going to work on it. We’ve been punished for not raising the levels.

“Leicester showed their class. They are a good team. We knew that before the game.

“I wanted to win this game and we approached this game this way. I was delighted with how positive we were, how we passed the ball and how we were getting in good situations.”