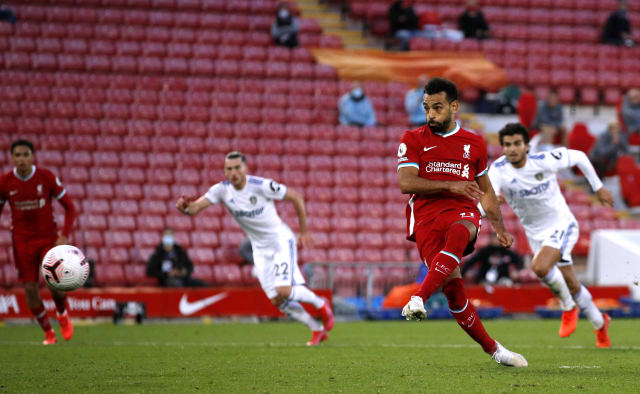 The Premier League was back with a bang this weekend as Liverpool launched their title defence with a thrilling 4-3 win against Leeds.

Marcelo Bielsa’s newly-promoted Leeds helped serve up an opening-day treat at Anfield, where they were making their first top-flight appearance in 16 years.

Arsenal, Crystal Palace and Newcastle all secured opening wins on Saturday, while on Sunday, Leicester launched their 2020/21 campaign with victory at West Brom and Everton won at Tottenham for the first time since 2008.

Dominic Thiem secured his first Grand Slam title by beating Alexander Zverev in the US Open final in New York.

Lewis Hamilton won the inaugural Tuscan Grand Prix to move within a single triumph of Michael Schumacher’s Formula One record and Tadej Pogacar won stage 15 of the Tour de France by edging out Primoz Roglic in a sprint finish.

England clinched an unlikely 24-run win against Australia, who collapsed from 144 for two to 207 all out at Old Trafford, to level the One-Day International series at 1-1.