Agreement made to stream all non-televised Carabao Cup games 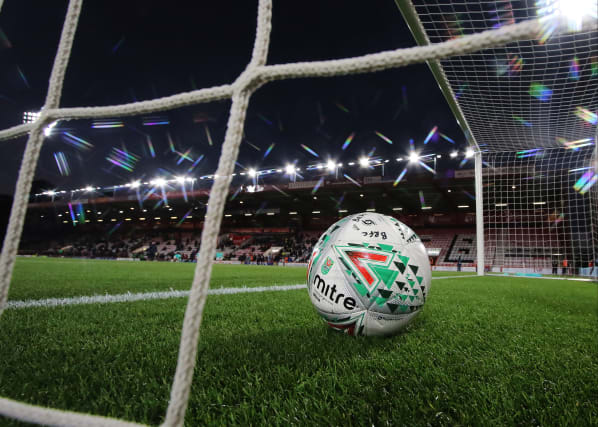 An agreement has been struck to allow the streaming of all non-televised Carabao Cup ties through to the end of the fourth round.

Fans in the UK will be able to purchase £10 match passes to watch any tie which has not been selected for broadcast on Sky Sports. The news has been confirmed by a number of clubs’ social media accounts.

In ties featuring Premier League clubs, fans can access the stream via the carabaocup.live website, while those that do not will be streamed via iFollow or equivalent service as they were in the first round.

Rounds two, three and four will be played on consecutive midweeks up to the end of September, at a time when no supporters are allowed in stadiums due to restrictions imposed to limit the spread of coronavirus.

It is understood revenue generated from the streams will be split 50-50 between the clubs involved, in the same way that gate receipts would be if fans were attending in the normal way.

All matches will be televised from the quarter-finals onwards.

The news means fans of Premier League clubs now have a means of watching all their club’s matches in September despite the ban on supporters.

The Premier League announced last week that all 28 league matches being played in September would be screened by one of its broadcast partners.

Discussions are continuing over an extension to that arrangement, with huge uncertainty over whether any fans will be allowed back into stadiums from October 1.

The government had earmarked that date but it is now under review following a spike in coronavirus cases nationwide.

The Premier League issued a statement on Friday urging the government not to delay those plans, and said while capacity remained limited to 1,000 its clubs would not take part in any test events, on the basis that they would be “heavily loss-making”.