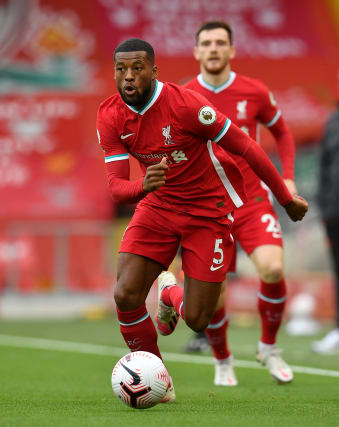 Here, the PA news agency looks at some of the best examples from September 13.

Harry Maguire is ready for the new season after a break blighted by off-field issues.

Virgil Van Dijk was ready to enjoy his Sunday after a dramatic Saturday.

Callum Wilson was pleased to open his Newcastle account.

Aaron Ramsey is preparing for the new Serie A season.

Thibaut Courtois is stepping up preparations with Real Madrid.

Mamadou Sakho looks to be closing in on full fitness.

Some achievement for Cesc.

Mick Schumacher was given the opportunity to drive his dad’s old Ferrari at Mugello ahead of the Tuscan Grand Prix.

Matt Dawson was unsure how to respond to well-wishers following the announcement that he, along with Sue Barker and Phil Tufnell, would be leaving A Question of Sport.

Rival team captain Tufnell also reflected on his time on the show.

Scott Parker determined to turn things around at Fulham