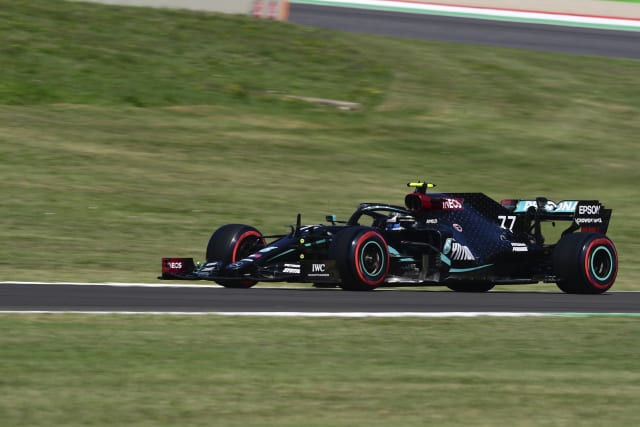 Sebastian Vettel finished a lowly 18th for Ferrari, with the four-time world champion now facing the prospect of an embarrassing Q1 elimination for the second week in succession.

Mercedes have been on pole at every race this year, but Verstappen looks set to challenge that record after splitting the Silver Arrows here.

The Dutchman is the only driver able to keep pace with the Mercedes duo. Racing Point’s Lance Stroll finished fourth, more than half-a-second back, and ahead of last week’s surprise winner Pierre Gasly who was fifth.

Ferrari are celebrating their 1,000th grand prix this weekend and while Charles Leclerc will be fairly encouraged to have ended the one-hour running in seventh, Vettel’s troubled campaign is set to continue.

The 33-year-old German was beaten by Williams driver Nicholas Latifi, and was a staggering 1.65 sec off the pace.

Lando Norris, who crashed out of practice on Friday, finished last but one for McLaren, while a brake failure meant George Russell did not complete a single lap.