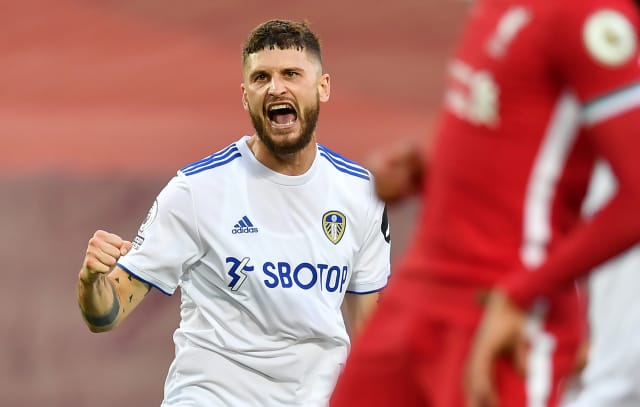 Here, the PA news agency looks at some of the best examples from September 12.

Do Leeds have a new head coach?

Rio Ferdinand was ready for the return of the Premier League.

Hector Bellerin brought up his decade with the Gunners.

Dani Ceballos and Eddie Nketiah soon patched things up after their scuffle before kick-off.

Captain Pierre-Emerick Aubameyang was happy with Arsenal’s start to the season.

But Spurs were not making a big deal of it…

Bruno Fernandes was back at it for Manchester United.

As was David Seaman.

Ruben Loftus-Cheek was in the spotlight.

Dominic Thiem was celebrating reaching the US Open final.

While Alexander Zverev was basking in the congratulations of Rod Laver.

Rafael Nadal, absent from the US Open, was busy promoting his own tournament.

Phil Mickelson hopes one punter is right about the US Open.

A landmark day for English cricket.

Sam Bilings is ready for game two after his century proved in vain on Friday night.

Max Verstappen had his sights set on qualifying in Tuscany.

And was satisfied with the outcome.

As was McLaren’s Carlos Sainz.

Ferrari posed for a snap to celebrate their 1000th Grand Prix.

And received a special gift from Pirelli.

Where fans made a return.

Broadcaster Andrew Cotter’s dogs are in a world of their own.