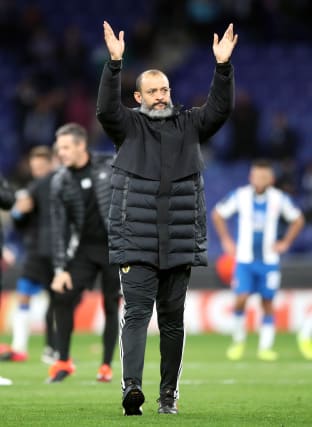 The striker became the club’s record signing when he joined in a deal worth £35million from Porto earlier this month.

Wolves had been tracking Silva but upped their interest in January and made him a priority signing.

They beat others from the Premier League, LaLiga and Serie A to land him, despite the 18-year-old scoring just one senior goal for Porto.

He said: “I cannot compare because it is a mistake to compare players. Each player has their own individual characteristics. They are totally different.

“What I can tell you and that I’m sure of, Fabio is a huge talent, pure talent.

“We have to help him develop that talent. The priority is to integrate him into the idea of the team and then that allows players to develop. It would be a mistake to compare Fabio to any other player because he is unique.

“The way we see it is, let give him all the details so he can become better.”

The strong Portuguese connection in the dressing room – and Silva’s desire to play in the Premier League – was a huge draw and helped sway his decision to move to Molineux.

The level-headed youngster is unfazed by the price tag, is eager to learn English and a new culture and is expected to be included in the squad for Monday’s Premier League opener at Sheffield United.

Nuno added: “He is 18 years old but my feelings and expectations are always there. When we speak about a player who has arrived it is always how can I make him better? The talent is there, the belief and commitment is there.

“It is how I can get it out of him and improve him?”