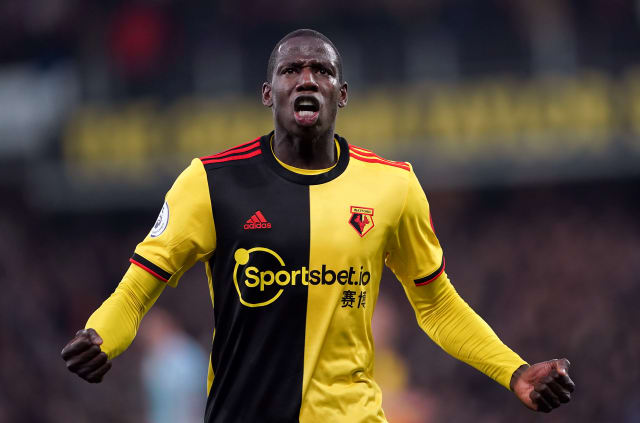 Real Madrid playmaker James Rodriguez may be the box office signing which has excited Everton fans but it is less heralded fellow new arrival Abdoulaye Doucoure who could provide the answer to their problems.

The club marked the capture of Colombia international Rodriguez by projecting images of him onto landmarks in his homeland’s capital Bogata, as well as Times Square in New York and Miami Beach as they seek to engage the Latin American market.

However, in Frenchman Doucoure – a £20million signing from Watford – manager Carlo Ancelotti has addressed a major flaw in the team which he discovered having taken over in December.

Everton’s midfield has been lacking legs, dynamism and leadership for some time and Ancelotti’s tinkering last season, occasionally playing number 10 Gylfi Sigurdsson in a deeper role alongside the equally pedestrian Morgan Schneiderlin in an attempt to find a winning solution, only emphasised the problem.

“Abdoulaye is a fantastic midfielder, a complete midfielder” said Ancelotti.

“He can defend well. He is a box-to-box midfielder. He can bring energy to the club and a different quality.

“He is the only one who is box-to-box. I know him really well, what he did with Watford.

“He is a player with strong character and he uses that in games. These are the reasons he is a good signing for us. He is going to improve the quality of our squad.”

Doucoure is set to start alongside Allan against Tottenham on Sunday, with a debut for Rodriguez also likely albeit it possibly from the bench.

It is essential they get off to a positive start as winnable matches against West Brom, Crystal Palace and Brighton follow before October’s Merseyside derby at home to Premier League champions Liverpool.

Ancelotti has demanded his players show more resilience than they did in the final 12 matches of last season when they won just three times in slipping to their worst finish (12th) since 2004.

“They will be difficult games but we will be ready to fight. My feelings are always the same – the matches are coming, your stress grows and your emotions grow,” added the Italian.

“What our supporters want, first of all, is for the team to fight until the last minute in every game.

“Second, they want to be competitive, and we are working on this.

“We can be competitive this season in all the games, for every minute until the last game.”