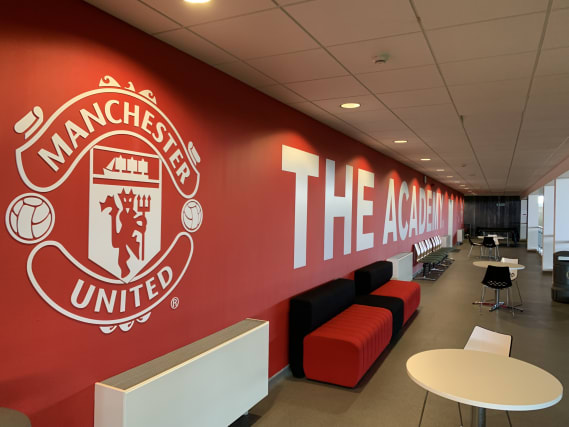 Deji Sotona has left Manchester United after the talented teenager turned down a new deal at the club, the PA news agency understands.

The 17-year-old scored the winner in February’s FA Youth Cup quarter-final triumph against Wigan – but the forward will not be available for the semi-finals should the tournament get completed.

Rapid Republic of Ireland youth international Sotona has decided to leave United for pastures new, having failed to agree terms with the club.

The Waterford-born forward has been linked with a variety of clubs across Europe and the teenager’s landing spot will be interesting after failing to agree terms with United.

The PA news agency understands Sotona was offered a three-year professional contract by United but talk of a five-figure weekly wage was deemed prohibitive by the club.

The 17-year-old’s desire to make a first-team impact sooner rather than later was another complication, especially with the likes of Shola Shoretire, Noam Emeran and Dillon Hoogewerf competing to impress in a similar area.

Isak Hansen-Aaroen has also been added to United’s teenage attacking pool, with the club confirming the signing of Tromso’s youngest ever player on Friday.

The PA news agency understands Manchester City’s Charlie McNeill is another due to join the club. The initial fee of just under £750,000 could rise to £1.35million if first-team add-ons are met.