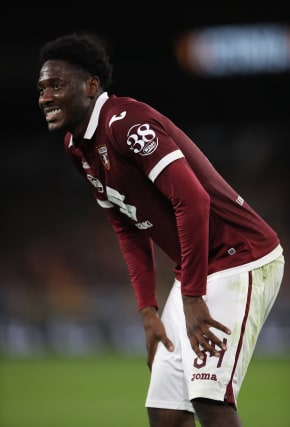 Scott Parker’s Whites have retained the option to turn the 23-year-old’s loan into a permanent switch at the end of the campaign.

“I feel very excited and privileged to be able to play for a club like this,” Aina told FFCtv.

“It feels amazing to be back closer to my family, back in the capital where I was born and raised.

“I feel very comfortable on either foot, I can fill in wherever needs be.

“I’d say I’m pretty quick and I like to attack, but I also like to help the team and do the dirty work as much as I can.”

Southwark-born Aina joined Chelsea aged 11 and went on to make three league appearances between 2015 and 2019.

After impressing in Italy on loan, Torino took Aina on a permanent basis.

But now, after 62 Serie A appearances in two seasons, Aina is back on home soil.

“Ola is an exciting young player who can further strengthen our squad this season in the Premier League,” he said.

“In our loan agreement, we’ve secured an option for a permanent transfer for Ola to potentially remain at Fulham if this season proves to be a good fit for us, which is a great situation for the club given our belief in Ola’s talent and in his potential.”