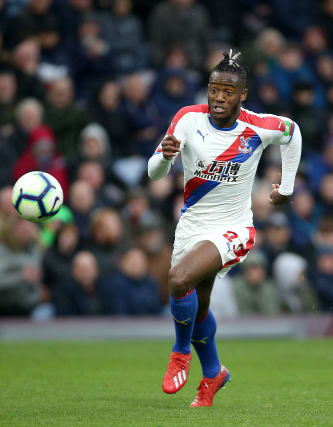 Chelsea forward Michy Batshuayi has joined Crystal Palace on a season-long loan after signing a new deal with his parent club.

The Belgium international returns to Selhurst Park after a successful spell with the Eagles in the second half of the 2018-19 campaign.

Batshuayi scored six goals in 13 appearances for Palace to help them retain their Premier League status, but will be out to help them achieve greater honours this time.

He told the Eagles’ official website: “My target is to win a lot of games with the team because Palace is a good team and a dangerous team for the big clubs.

“I want to win and to score, to do my job to help the team and I know my team-mates will help me as well.”

Batshuayi will hope to play regularly for Palace and earn a spot in Belgium’s squad for next summer’s European Championship.

The 26-year-old agreed new terms with Chelsea before his departure and has a contract at Stamford Bridge until June 2022.

Eagles chairman Steve Parish said: “I am absolutely delighted to welcome Michy back to Crystal Palace.

“He is a player we’ve long admired, as well as being an immensely popular figure with everyone here during his last successful spell with us.

“With other top European clubs vying for his services it is immensely pleasing that Michy chose to come back to help us up the table as well as cementing his place in the Belgium squad for next summer’s Euros.”

Boss Roy Hodgson added: “He made a great impact at the club in his previous loan spell, albeit only five months long, displaying a goal scoring threat which we very much needed at that time and we are confident he will produce again.

“As a player who will help to convert our chances in to goals, Michy will be another valuable addition to the two new signings we have made this summer.”